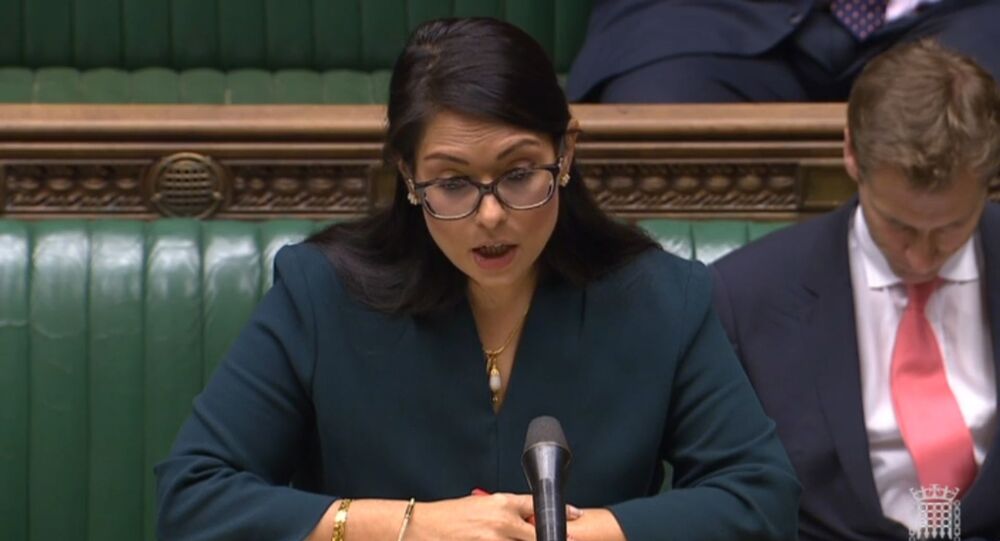 The brutal murder of a London woman sparked outrage all over the UK. Since the arrest of the main suspect, people have taken to the streets for three consecutive days to voice their concerns over safety of women in the country.

Watch a live broadcast from London, England, where the UK Home Secretary Priti Patel is holding a press conference on policing and prevention of violence against women at the House of Commons following a tumultuous vigil for Sarah Everard over the weekend.

Over the weekend, clashes erupted at the vigil for Everard as police officers told participants to disperse. Officers were also photographed grabbing hold of several women and leading them away in handcuffs, sparking widespread indignation and debate over whether the response by Metropolitan Police was appropriate or proportionate.

Four people have been detained, with law enforcement citing violation of coronavirus regulations.

Sarah Everard disappeared on 3 March in Clapham, south London. Her human remains were found a week later in a forest in Kent. A police officer has been charged with the kidnapping and murder of the woman.