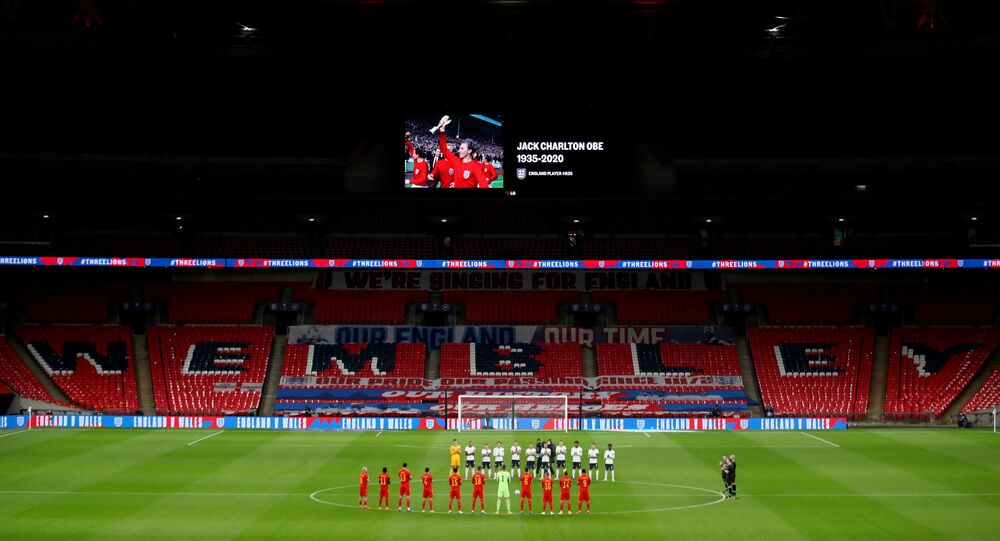 Although Britain is under lockdown restrictions, the government is preparing for big sporting events and is exploring the possibility of accommodating large crowds in the wake of the Euro 2020 semi-finals.

The annual UK FA cup final, to be held at Wembley Stadium in July 2021, is poised to become a trial-test event for the possibility of opening up live venues to bring larger audiences back to sporting events, theatres and music performances without social distancing, Sky Sports News reported on Sunday.

According to the TV-channel that cited an unnamed official, the government is considering allowing up to 20,000 fans to attend the FA Cup game.

"These test events will be crucial in finding ways to get fans and audiences back in safely without social distancing. We will be guided by the science and medical experts, but will work flat out to make that happen. We want to get the people back to enjoying what they love and ensure some of our most important growth industries get back on their feet,” Culture Secretary Oliver Dowden said.

The testing starts next month, as part of an Events Research Programme that would provide the government with information needed to find out whether the health science measures can be eased. The experiment will also include about a dozen smaller sporting and entertainment events.

Special staff at the stadium will examine people’s interactions, the venue layout, face coverings, ventilation and other crucial factors. As part of the examination, spectators will be obliged to take a COVID-19 test before and after the event.

The Wembley Stadium is also appointed to host the semi-finals as well as the final game of the 2020 European Championship.

According to earlier reports, UEFA is seeking to convince host cities to permit up to 50 percent occupancy of an arena's total capacity. The final decision on spectator admission to European Championship matches is expected to be announced in April.

On 1 March, the UK prime minister, Boris Johnson, said in an interview for The Sun that Britain could possibly host all Euro 2020 football matches this summer.

The European Championship was supposed to have been held from 12 June to 12 July, 2020, but due to the coronavirus pandemic the games were postponed for one year. The tournament will be held from 11 June to 11 July this summer in 12 European cities: St. Petersburg, London, Munich, Baku, Rome, Bucharest, Dublin, Copenhagen, Bilbao, Glasgow, Budapest and Amsterdam.