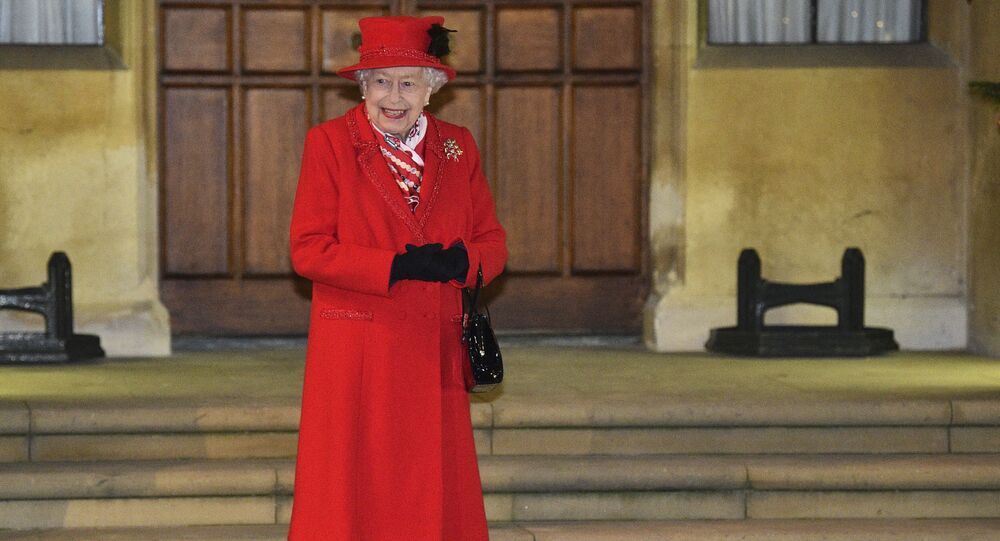 The couple vented their grievances in an interview to star TV host Oprah Winfrey; some of the accusations left the Royal family “surprised and stunned”.

Queen Elizabeth II has refused to back down on Prince Harry and Meghan Markle's departure situation despite their recent bombshell interview with Oprah, The Sun reported, citing a source.

"Her Majesty is not for turning,” the source said.

"Although there is sympathy for what Harry and Meghan have said they went through, there will be no changes to the agreement."

The scandalous interview was given days after Harry and Meghan were stripped of their patronages following the Queen’s reported rejection of their "half in, half out" proposal.

During the interview, Meghan complained that the couple’s firstborn Archie would not be given security or a royal title.

© REUTERS / TOBY MELVILLE
Good Morning Britain Loses 500,000 Viewers as Piers Morgan Quits Over Attack on Meghan Markle
Archie is expected to get a title when Prince Charles takes the throne, since the protocol, called King George VI 1917 Letters Patent, means only great-grandchildren of the monarch through the male line are called prince or princess, as well as the first son of the eldest son of the Prince of Wales.

In 2012, however, the Queen issued a new Letters Patent ahead of the birth of Prince George to ensure that all the children of the Cambridges would be similarly titled as Prince and Princess.

Recently, a source familiar with decisions over royal protection told The Times that the security was removed due to the risk being not “high enough” since the couple had given up their royal titles. The Queen also reportedly decided she could not charge taxpayers for the protection of the couple if they were doing no official royal work.

The Queen has headed up a family investigation into the mentioned above and other claims and allegations made during the interview and is reportedly going to speak to Harry.

The investigation will also seek to discover who of the Royal family members expressed their concern about the couple’s son Archie’s skin colour, as well as why Meghan allegedly struggled to get help with mental health issues from the family members.

Harry’s brother Prince William and his father Prince Charles are said to also be part of the family team to review these concerns.