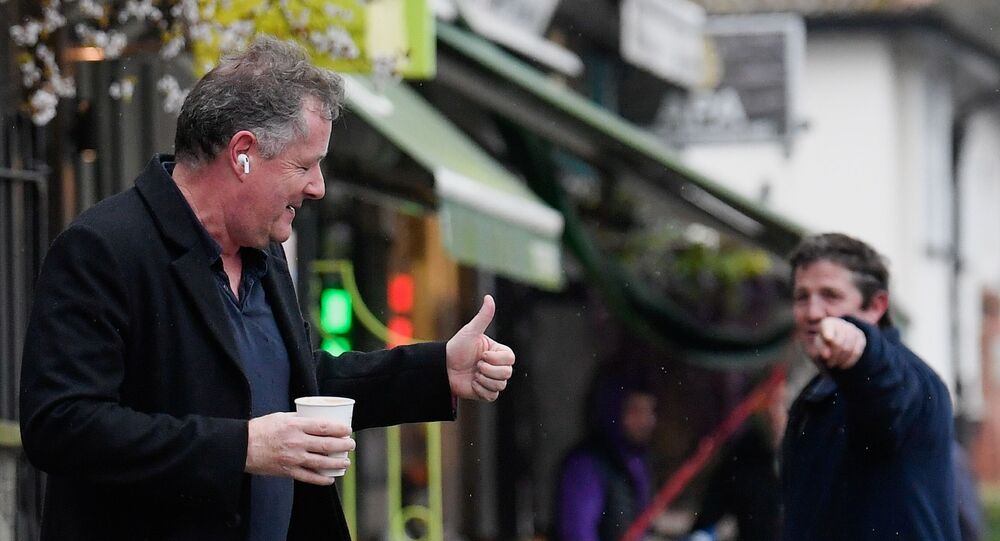 One of UK’s most outspoken TV hosts Piers Morgan resigned from his breakfast programme on Tuesday following a backlash over his comments slamming Meghan Markle as a lier during her interview with Oprah Winfrey.

Good Morning Britain has lost some 500,000 viewers since Tuesday, when it was announced that Piers Morgan was quitting the show for good after he clashed on air with weatherman Alex Beresford.

The day before, Morgan made some strong remarks about the Sussexes’ interview with Oprah Winfrey, saying he didn’t believe “a word” Meghan Markle said about her “suicidal” thoughts and that she was denied help from the royal household over her mental health struggles.

His comments prompted over 41,000 complaints to British regulator Ofcom. Markle also reportedly contacted the channel’s bosses through representatives over concerns that his remarks could discourage mentally sick people from getting help.

Morgan responded by storming off the set shouting “I am done with this."

Shortly after that, ITV announced that the show’s host of five years “has decided” to leave the programme.

The Tuesday episode, which was the last for Piers Morgan, broke GMB’s record by beating BBC Breakfast's ratings for the first time in history, with nearly 1.9 million viewers.

Morgan took personal pride in bringing GMB to such heights:

“Good Morning Britain beat BBC Breakfast in the ratings yesterday for the first time. My work is done,” he said on Twitter.

​But the numbers have tanked since then – on Thursday only 1.4 million tuned into the breakfast show that was left without its outspoken host.

ITV, the channel that hosts GMB, also lost almost £200m in market value the day after news of his departure broke, with the channel’s share prices dropping by 3.8 percent.

Morgan signalled that he has no intention of coming back to the programme despite at least three petitions calling for his return to GMB raking in nearly 230,000 signatures overall.

“I won’t be going back, but thanks to everyone who has signed these petitions. Normally, people start petitions to have me fired or deported, so this is a pleasant surprise,” the journalist said on Twitter.

Despite the drama, the host has refused to take back his comments about Markle.

Dubbing the duchess “Princess Pinocchio” on Twitter, Morgan insisted that he still doesn’t buy her “diatribe of bilge.”