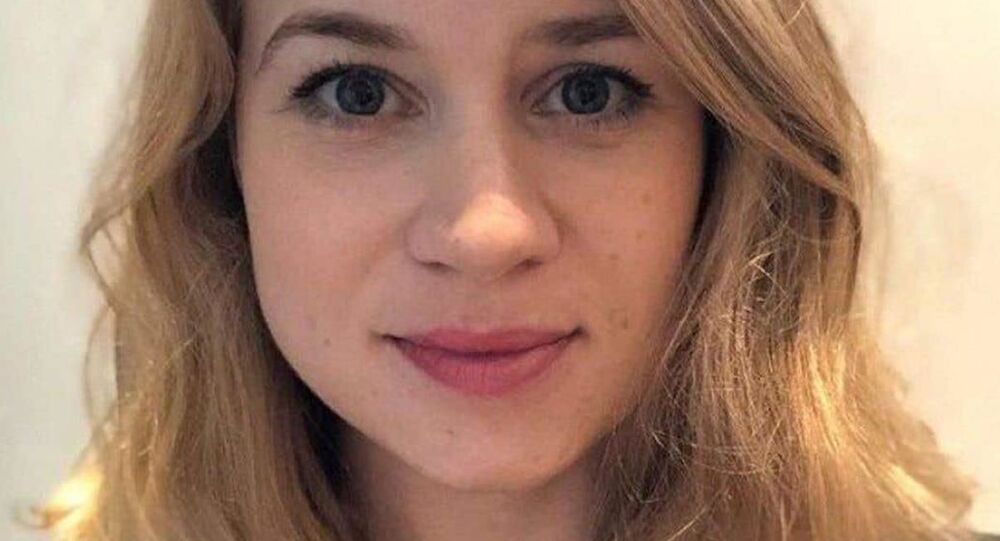 Britons have finally received answers about a gripping case of a missing young woman that sparked public fear and a debate on women’s safety.

Human remains found in Kent on 10 March by the Metropolitan Police have been formally confirmed to be those of Sarah Everard, who went missing on 3 March in South London.

"I can now confirm that it is the body of Sarah Everard. Clearly Sarah's family have been updated with this most distressing news," London Assistant Commissioner Nick Ephgrave said in an announcement on Friday.

He also said hundreds of officers are working around the clock to establish the full circumstances of Everard’s disappearance and murder.

Assistant Commissioner Nick Ephgrave has sadly confirmed the body found in the woodland in Kent has been identified as Sarah Everard.

Our thoughts are with Sarah's family and loved ones at this difficult time. pic.twitter.com/JhDBflOGe5

The assistant commissioner said that Everard's family have been informed – he went on to recognise the public concern with the issue of women's safety.

"I know that the public feel hurt and angry about what has happened and those are sentiments I share personally and I know my colleagues here at Scotland Yard and across the Met share as well. I also recognise the wider concern that have been raised quite rightly about the safety of women in public spaces – in London and also elsewhere in the country," he said.

PAUL CHILDS
Flowers placed by police officers at the golf course entrance are pictured, as the investigation into the disappearance of Sarah Everard continues, in Ashford, Britain, March 11, 2021

He added that Metropolitan Police officers “remain committed to protecting Londoners wherever they are in this city and that commitment is undiminished by these events and if anything this commitment is strengthened by these tragic circumstances.”

Everard was at a friend's house in Clapham on the evening of Wednesday, 3 March. She walked home at approximately 9pm but was never seen or heard from again.

© Photo : Metropolitan Police
CCTV footage of Sarah Everard shortly before she was killed

During the investigation, the police discovered human remains in woodland in Kent, southeast England.

A suspect, who is a serving police officer, was arrested and held in custody. He in his forties and works in parliamentary and diplomatic protection. A woman was also arrested at the same location on suspicion of assisting the offender. She was also taken into custody at a London police station, according to a Met statement.

“The news that it was a Met police officer who was arrested on suspicion of Sarah’s murder has sent shockwaves and anger through the public and throughout the Met,” Met Commissioner Cressida Dick said on Wednesday, adding that the Met was “utterly appalled” at the dreadful news.

Everard's disappearance has prompted a nationwide discussion on women's safety, with a vigil for Everard planned to take place on 13 March in London.

Organisers of the vigil titled Reclaim These Streets and dedicated to victims of violence on the streets of London and across the UK, are facing the disapproval from the police and Downing Street due to lockdown restrictions on social gatherings. However, according to the latest update on the event's page, the vigil could still go ahead on Saturday.

© AP Photo / Victoria Jones
A missing sign outside Poynders Court on the A205 in Clapham, London Wednesday March 10, 2021 during the continuing search for Sarah Everard who has been missing for a week

Speaking to a reporter at the Queen’s University in Belfast on Friday, the UK Prime Minister Boris Johnson refused to commit to his opinion on whether or not the Sarah Everard vigil should go ahead.

“I can see and totally understand why this has triggered such a wave of feeling on the issue of safety of women and the safety of the streets,” said Johnson, adding that he agreed that “no woman should walk our streets in fear.”

The PM added that the whole country shared the shock and the grief of Sarah Everard’s family and friends.

Other British officials have also held discussions and made statements on women's safety and cases of violence against women in public and at home.

​Proposals such as establishing a curfew for men as a measure against endangerment of women have also been discussed, supported, and dismissed in varying degrees by UK politicians and members of the public.