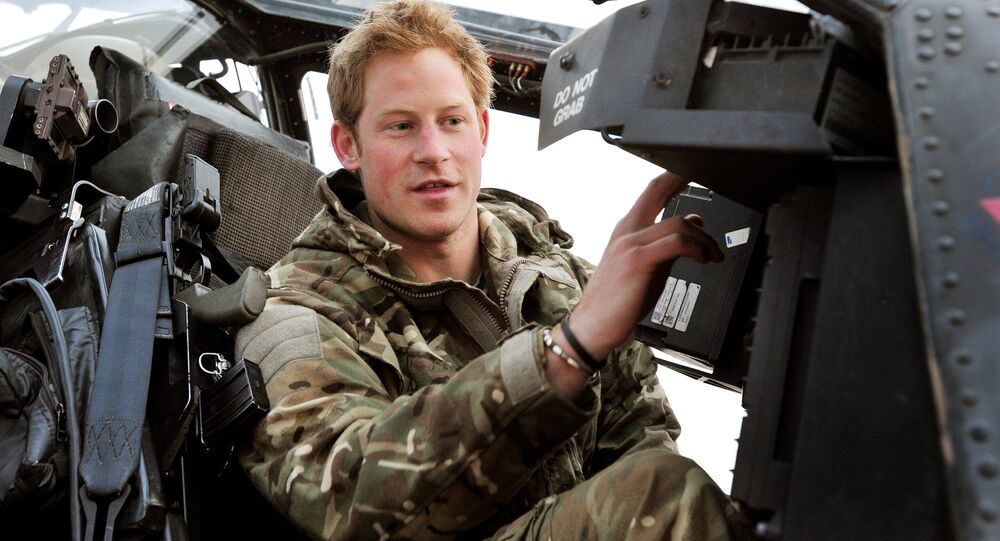 In 2013, a senior Taliban soldier who used the pseudonym Qari Nasrullah reportedly told The Mirror in an interview taken at a secret location in Peshawar that during Prince Harry's deployments to Afghanistan, the group had planned to target the royal "many times".

A former Special Air Service (SAS) soldier has warned that Prince Harry, while no longer a working royal after stepping down from the role together with his spouse, Meghan Markle, on 8 January 2020, will nevertheless require protection for "a long time" after having been a “target” during his Afghanistan tour, reported the Mirror.

Prince Harry, sixth in the line of succession to the British throne, remains one of the most "at risk" members of the Royal Family, claimed Bob Craft in an interview for the outlet, adding:

"As a royal Prince Harry is clearly a target for kidnapping, terrorism and a whole range of threats.”

During his military career, the Duke of Sussex, now 36, served two tours on the front line in Afghanistan, becoming the first member of the Mountbatten-Windsor family to serve in a ‘war zone’, after his uncle, Prince Andrew, says Craft.

The Duke of York served in the Royal Navy as a helicopter pilot and instructor, and as the captain of a warship.

​In 2007–2008, Prince Harry served for over ten weeks in Helmand Province, Afghanistan.

© AP Photo / John Stillwell
FILE - In this Nov. 3 2012 file photo, Britain's Prince Harry or just plain Captain Wales as he is known in the British Army, races out from the VHR (very high ready-ness) tent to scramble his Apache with fellow Pilots, during his 12 hour shift at the British controlled flight-line in Camp Bastion southern Afghanistan

The royal acknowledged in an interview cited by The Guardian in 2008 that he could also be a target for Taliban-supporting militants in the UK on his return from active service, after a story was posted on the US-based Drudge Report website.

"Once this film comes out there'll probably be every single person, every single person that supports them will be trying to slot me… Now that you come to think about it it's quite worrying," Prince Harry had been stated as saying.

Back in 2013, a senior Taliban soldier had reportedly told The Mirror that during Prince Harry's deployments to Afghanistan the group had planned to target the royal "many times".

"He will need some form of security for a long time, particularly as it is known he served in Afghanistan and was known to be a target whilst out there," Craft is quoted as saying.

The Duke of Sussex, who currently resides in Montecito, California, with his wife, the Duchess of Sussex and their son, Archie Harrison Mountbatten-Windsor, may remain a target not only from terror organisations.

"Ex special forces soldiers have to be discreet about their identities after they leave because they are obviously under threat. But Harry did not choose to be a threat, he was born into it as a royal."

Biddis suggested that in the US Prince Harry, whose wife is currently pregnant with their second child, faces potential threats from a plethora of “right-wing networks, armed gangs and conspiracy theories” as he is "one of the, if not the most under threat royals there are".

The warnings from experts come as in the recent bombshell interview given by Prince Harry and Meghan Markle to Oprah Winfrey, the Duke of Sussex revealed that after initially relocating to Canada after stepping down with his wife as a senior royals to seek a life of financial independence, diplomatic security had been immediately stripped from him.

"I never thought I would have had my security removed, that was a shock to me. That was what changed the whole plan," said the Duke of Sussex.

© AP Photo / Aaron Chown
A man watches a phone screen showing an interview of Prince Harry and Meghan, The Duchess of Sussex, by Oprah Winfrey, in London Monday, March 8, 2021

The younger son of Charles, Prince of Wales and Diana, Princess of Wales, went on to say:

"My family literally cut me off financially and I had to afford security for us in the first quarter of 2020. I have what my mum [Diana, Princess of Wales] left me and without that, we would not have been able to do this."

Oprah Winfrey’s interview with Prince Harry and Meghan Markle aired on 7 March offered a compelling behind-the-scenes glimpse at life at Buckingham Palace as well as away from the royal fold.

Tensions ran high between the couple and the rest of the Royal Family following controversial statements made by Meghan Markle in the tell-all sitdown, accusing the Firm – the nickname for senior members of the Royal Family and their staff – of spreading lies about the embattled couple.