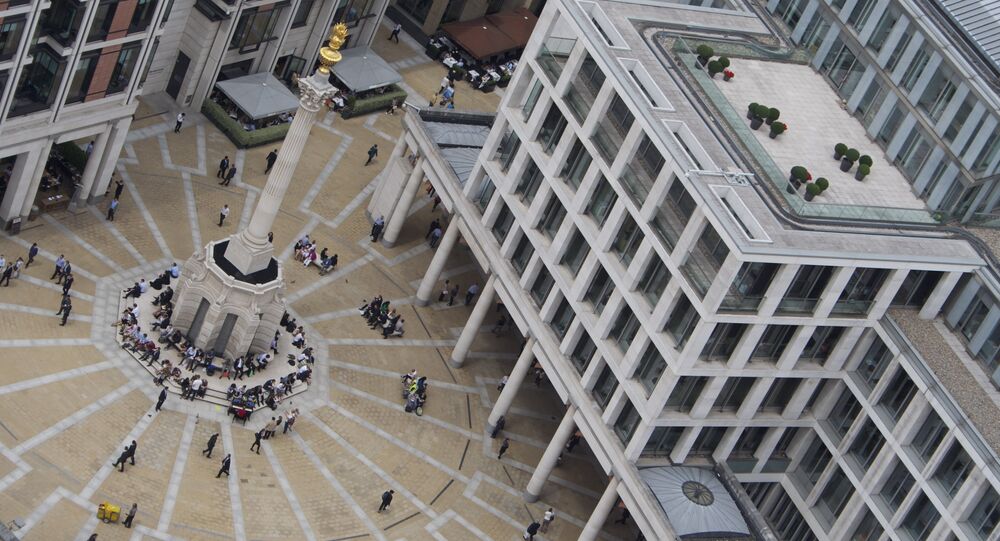 LONDON (Sputnik) – The United Kingdom's gross domestic product (GDP) fell by 2.9 percent in January, as a result of the new COVID-19 lockdown imposed in England and the most part of the country, after showing a timid 1.2 percent growth in December, the Office for National Statistics said on Friday.

"UK gross domestic product (GDP) is estimated to have fallen by 2.9% in January 2021, as government restrictions reduced economic activity," the ONS said.

According to the report, falls in consumer-facing services industries and education drove a contraction of 3.5 percent in the services sector in January 2021, while output in the production sector also fell by 1.5 percent in the first month of the year, when the third national lockdown was imposed.

However, the construction sector grew by 0.9 percent in January 2021, driven by growth in new work, the ONS reported, adding that January’s GDP was 9.0 percent below February’s pre-pandemic levels.

"The economy took a notable hit in January, albeit smaller than some expected, with retail, restaurants, schools and hairdressers all affected by the latest lockdown," the ONS deputy national statistician for economic statistics, Jonathan Athow said, commenting on the latest report.

He said, however, that increases in health services from both vaccine rollout and increased testing for COVID-19 "partially offset" the declines in other industries.

"Both imports and exports to the EU fell markedly in January with much of this likely the result of temporary factors. Returns from our more timely surveys and other indicators suggest trading began to recover towards the end of the month," Athow added.

The UK economy, which is among the hardest hit by the pandemic, experienced its biggest annual decline in 300 years in 2020, when the GDP fell by 9 percent.