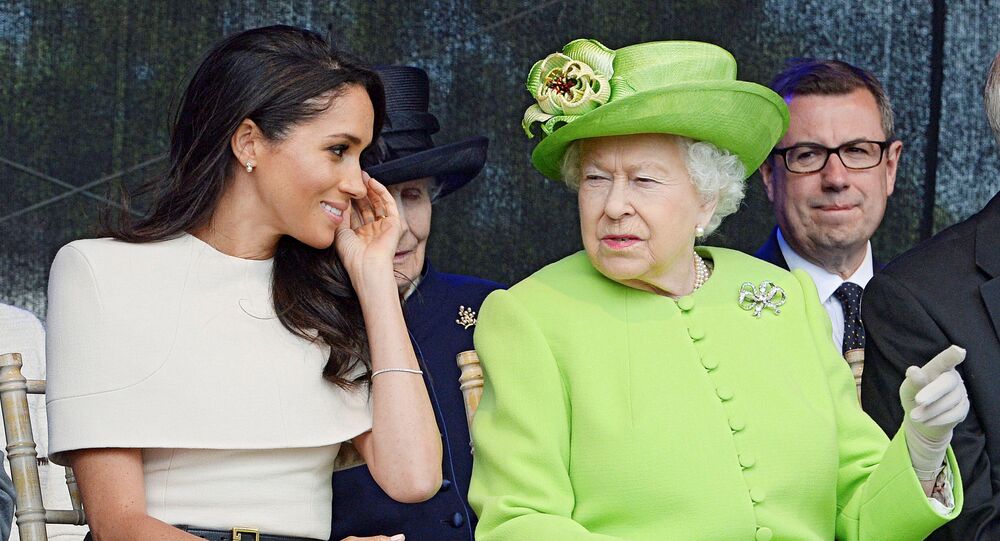 Buckingham Palace said the royal family was “saddened” by bombshell revelations made by the Duke and Duchess of Sussex during their appearance on Oprah Winfrey's talk show, including claims over the lack of support for Meghan Markle’s “suicidal” state and questions about the skin colour of her unborn son during her pregnancy with Archie.

The royal household said in a Tuesday statement that issues raised in Meghan Markle’s and Prince Harry’s interview will be addressed by the family “privately”, as the Queen is expected to phone her grandson within the next few days for “peace talks”, the Daily Mail revealed.

The 95-year-old monarch is taking personal charge of the fallout from the Oprah Winfrey “tell-all” conversation with the duchess and her husband, one source believes, after Meghan Markle opened up about some “racist” remarks about the skin colour of her son Archie before he was born and her poor state of mental health while in the palace.

The duchess said during the show that she “just didn’t want to be alive anymore” over attacks from British press and a lack of support from the royal family when she was five months pregnant with the couple's son, who was also deprived of prince status and hence personal protection.

The duke's relationship with his father Prince Charles and brother Prince William were also targeted during the talk.

The palace is said to be “reeling” from these high-pitched claims, as “some staff would dearly love to publicly rebut some of what has been said about them”, the insider told the Daily Mail.

But the Queen has reportedly issued a “three-line whip” preventing the palace from publicly chewing over the interview.

“It is difficult to underestimate how shell-shocked everyone is by what has happened,” the source argues.

"But the Queen has taken a very measured, sensible approach, she is leading by example, this is a matter for her and the family to deal with,” the person maintains.

On Tuesday, the palace made an unprecedented move by issuing an official statement over Harry’s and Meghan’s conversation with the American queen of chat Oprah Winfrey, saying that the whole family was “saddened to learn the full extent of how challenging the last few years have been for Harry and Meghan”.

“While some recollections may vary, they are taken very seriously and will be addressed by the family privately," the statement added.

This comes as the palace has also looked into claims made in the The Times that the Duchess of Sussex was “bullying” Kensington palace staff during her time as a working royal. Meghan Markle denies the claims, calling them another “smear campaign” against her.