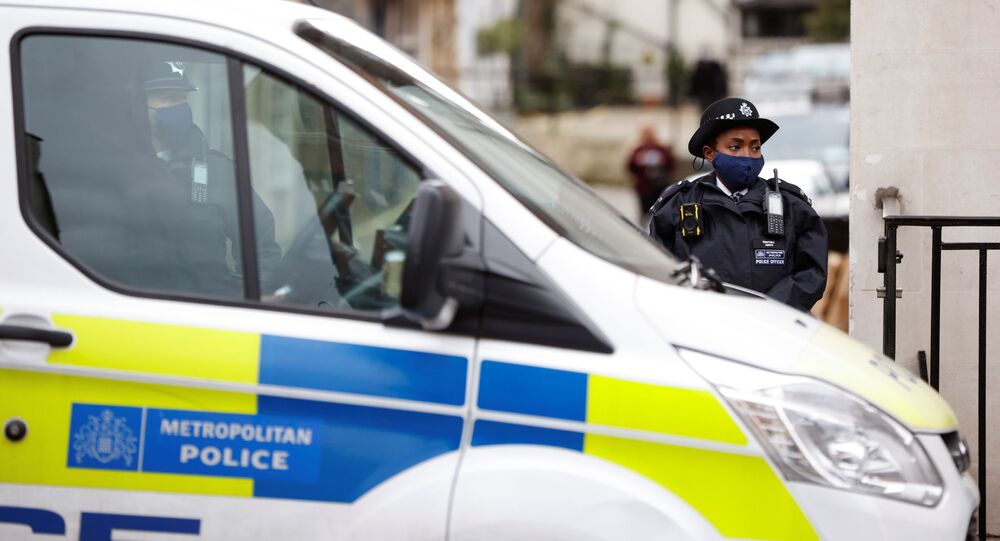 The 33-year-old woman was last seen in London on 3 March, but has remained missing since.

A serving British police officer, who has been arrested on suspicion of kidnapping Sarah Everard, a 33-year-old woman who went missing last week, was further detained on suspicion of murder and "indecent exposure", Reuters reported, citing a statement from London police.

Everard was last seen on 3 March in Clapham, south London, as she was walking home from a friend's house.

© Photo : Metropolitan Police
Sarah Everard, who went missing on 3 March as she walked home from a friend's in south London

The unnamed police officer, who is said to be in his 40s, and another woman were initially arrested at their house in Kent on Tuesday on “kidnap” suspicion, the Met police said.

“A woman, who is aged in her 30s, was also arrested on the evening of 9 March on suspicion of assisting an offender. She remains in custody", the police said on Wednesday.

The man is said to work as a guard at diplomatic buildings for the Parliamentary and Diplomatic Protection Command.

'Hope' That Everard is Alive

On Wednesday morning, the Met police said that the Tuesday arrests were made "in connection" with Everard's disappearance, but did not speak of murder at the time.

Ephgrave went on to say that the arrests were "a serious and significant development".

The commissioner's comments came prior to a report that the officer had been arrested on "murder suspicion". At the time, the Met police expressed "hope" that the woman was still alive and were continuing a search operation in the southeast of London and woodland area in Ashford, Kent.

© REUTERS / DYLAN MARTINEZ
A person sits at a bus stop next to signs that show pictures of Sarah Everard, who disappeared last week, as police continue to search parts of Clapham, in London, Britain, March 10, 2021

“As a father myself of four young women, I can only imagine the anguish that Sarah’s family are feeling at this very, very difficult time and my thoughts and prayers and those of the entire organisation are with them now", Ephgrave said on Wednesday morning.

Everard, a marketing executive from York, was last spotted on Poynders Road, coming from a friend's flat at Clapham Junction at 21:00 GMT on 3 March. She was seen wearing a green rain jacket, turquoise and orange-coloured trainers, and navy blue trousers with a white diamond pattern. The woman's family described her disappearance as being "totally out of character".