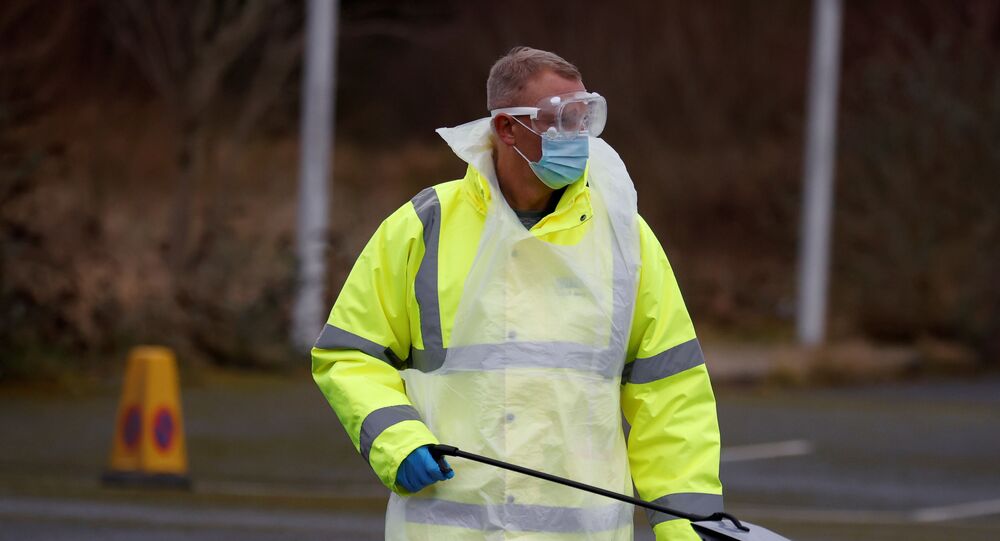 MOSCOW (Sputnik) - It is not clear if the United Kingdom's coronavirus test and trace programme has been worth its funding, the Public Accounts Committee of the UK House of Commons said on Wednesday.

"The Department of Health & Social Care justified the scale of investment, in part, on the basis that an effective test and trace system would help avoid a second national lockdown; but since its creation, we have had two more lockdowns ... It is unclear whether its specific contribution to reducing infection levels, as opposed to the other measures introduced to tackle the pandemic has justified its costs", the report's summary reads.

At the same time, the committee acknowledged some achievements of the initiative, such as boosting the number of daily tests from about 100,000 to over 800,000.

"NHST&T had also contacted over 2.5 million people testing positive for COVID-19 in England and advised more than 4.5 million of their associated contacts to self-isolate", the report added.

The committee mentioned that it was the first examination of the tracing system and its performance and promised to evaluate its progress later in the year.

The programme, known as the NHS Test and Trace Service (NHST&T), was launched in May last year to help detect and cut transmission chains, thus speeding up the country's recovery from the pandemic. According to the committee, up to November, the service used up about $7.9 billion, while it has been allocated $51.3 billion over two years.