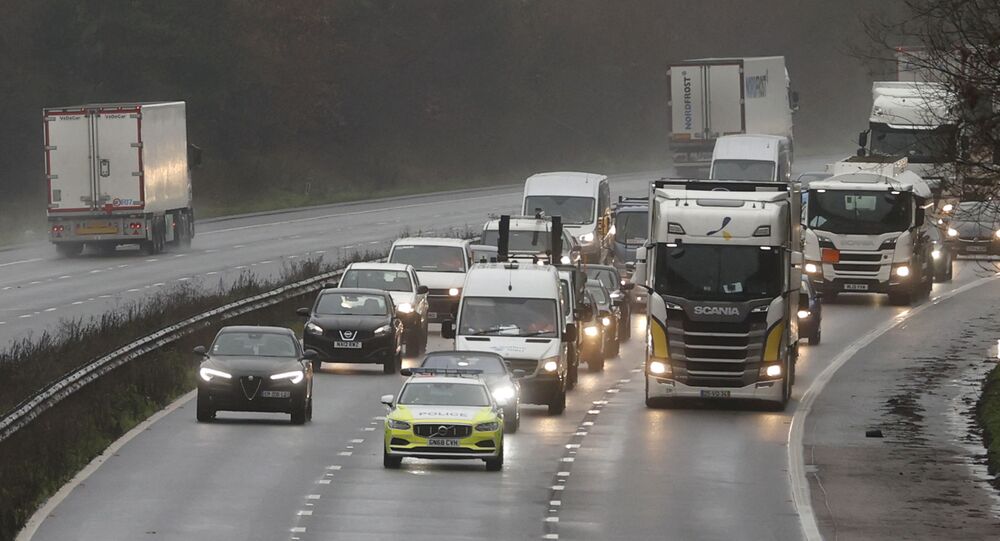 LONDON (Sputnik) - The United Kingdom has announced its plans on Wednesday to invest 20 million pounds ($27.8 million) into development of improved transport infrastructure projects aimed at "leveling up" and boosting connectivity across the country post COVID-19.

The plans unveiled by UK Prime Minister Boris Johnson include building a tunnel or a bridge between Northern Ireland and Scotland and cutting air passenger duty on domestic flights.

"It’s now time to build back better in a way that brings every corner of the UK closer together. We will harness the incredible power of infrastructure to level up parts of our country that have too long been left off the transport map", Prime Minister Johnson was cited as saying.

The announcement came following the interim Union connectivity review, led by Network Rail chairman Peter Hendy and a panel of experts and published earlier on Wednesday.

Based on Hendy’s report, the government will commit 20 million pounds to explore the development of projects to speed up rail connectivity between Wales, England and Scotland and study the feasibility of digging a 25-mile-long tunnel or building a bridge to connect Norther Ireland to the United Kingdom by rail.

"Such a network would significantly expand and upgrade direct transport connections in the UK across road, rail, sea and air, helping to reduce delays and bottlenecks, and stimulate economic growth", the government stated.

The plans also take into account London's green agenda as the prime minister "will consider their environmental and social impact."

However, the prime minister also announced that he wanted to cut passenger duty on domestic flights, in a move that would help the aviation industry come out of the crisis derived by the COVID-19 pandemic but that has been criticised by environmental activists.

"[It] indicates that despite the green rhetoric, this UK govt have no stomach for tough decisions on climate and will cave in the face of an industry lobby or populist politics", Greenpeace UK chief scientist Doug Parr wrote on Twitter.

​To Friends of the Earth climate campaigner Jenny Bates, to make domestic flights cheaper will be the worst amid the current climate crisis, while campaigner Paul Tuohy said that by cutting the air passenger duty, the government is making a mockery of the UK’s climate commitments.

The plan for connecting Scotland and Northern Ireland, an idea which Johnson first brought up in 2018, was also dismissed as "nothing more than a vanity project for Boris Johnson" by Scotland’s transport minister, Michael Matheson.

According to the Scottish government official, the project, which he claimed would cost 33 billion pounds, is not a priority either for Scotland or for Northern Ireland.

Speaking on BBC Radio Scotland, Matheson also complained that the review was set up without consulting the semiautonomous governments of Wales, Scotland and Northern Ireland.

The results of the consultations on aviation tax reform will be published later in spring. The full report on the cross-country connectivity and the details of the proposed UK Strategic Transport Network is scheduled to be published by summer 2021.