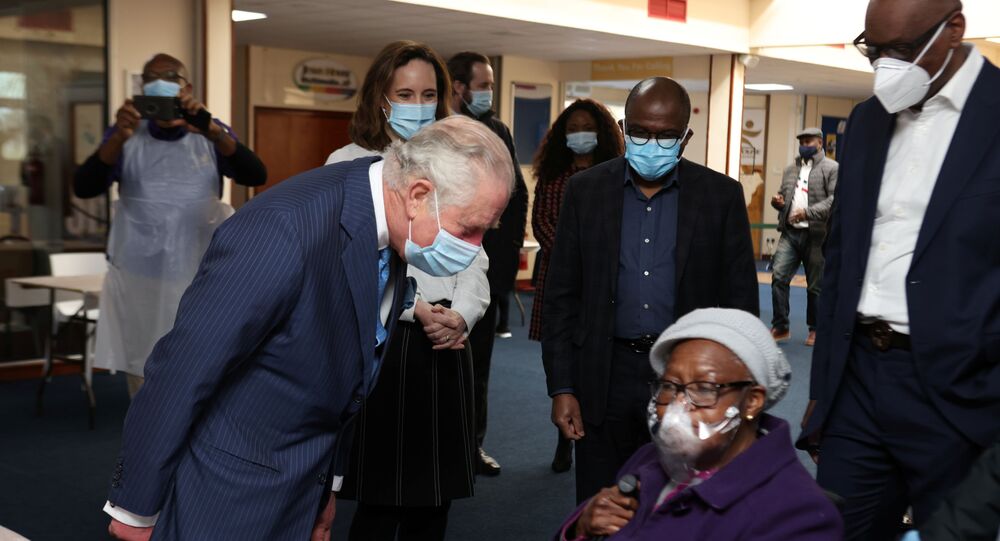 The Prince of Wales was said to feel "let down" by Prince Harry's claim that his father had cut him and wife Meghan Markle off financially. But Charles was also worried about the Duchess of Sussex's claim of racist remarks, feeling that Britain's strength was its cultural diversity.

Prince Charles is "concerned" at racism allegations in his son and daughter-in-law's interview with Oprah Winfrey.

Royal household sources told the London Evening Standard on Tuesday the Prince of Wales was appalled by Meghan Markle's claims of racist comments by an un-named royal.

“It goes against everything the Prince of Wales believes in. He believes diversity is the strength of our society,” one source said.

In their interview, the Duchess of Sussex claimed that when she was pregnant with their son Archie, a member of the royal family asked about “about how dark his skin might be”.

Prince Harry also claimed the couple decided to leave the UK for the US as the British media was "racist" towards them. The Duchess is mixed-race.

"The issues raised, particularly that of race, are concerning," the palace said. "Whilst some recollections may vary, they are taken very seriously and will be addressed by the family privately."

The Standard said Queen Elizabeth and her husband Prince Philip had been ruled out as uttering the alleged the skin colour comment.

One senior royal household source told the Standard that Charles felt "let down" by Harry's claim — from his $15-million California mansion — that his father had cut him off without a penny, while another said: “The Prince of Wales went out of his way to make sure his son and daughter in law were financially supported,”

“Yes, you could say the boss feels let down by what the Sussexes have said," the first source said. "The prince is proud of the diversity of this country and believes the diversity of Britain’s modern society is its greatest strength."

The source added: “He wholeheartedly believes that our country owes a huge debt of gratitude to the rich diversity of cultures that make up our society and going forward is at the heart of what we can be as a nation He truly believes the diversity of our society gives us so much to celebrate.”

© REUTERS / HARPO PRODUCTIONS
Buckingham Palace: Royals Will Address Racial Issue Raised in Meghan Markle Interview Privately
That was backed up by the mainly African congregants of the Jesus House church in Brent Cross, north-west London, which the Prince visited on Tuesday to see a pop-up COVID-19 vaccination centre there.

"In spite of the family drama he still took time out to come here," one parishioner named Grace said. "All that effort and someone turns around and says there's racism, I don't believe that."

Charles brushed off a journalist's question about the Oprah interview as he was leaving the building.