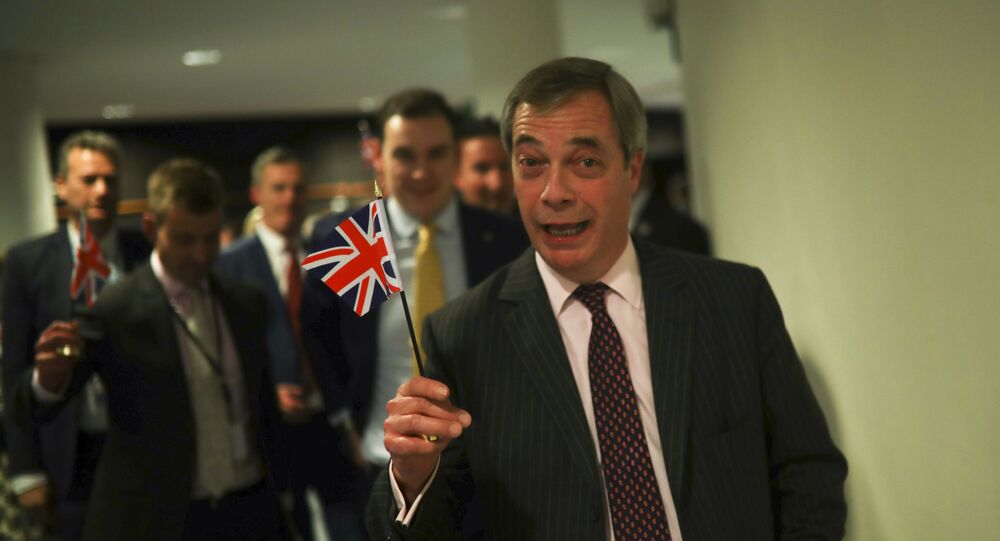 MOSCOW (Sputnik) - UK politician Nigel Farage said on Saturday that he is stepping down as eurosceptic Reform UK party leader.

In a follow-up statement on Sunday, Farage said he will "leave the party in the capable hands of Richard Tice," the former Brexit Party chairman.

The former UK Independence Party (UKIP) leader's career has spanned for 30 years and was centered around getting the United Kingdom to leave the European Union.

"I think I have done everything I can possibly do", Farage adds.

The Brexit Party was then renamed to Reform UK to reflect its new goal of campaigning for changes to the electoral system.

The now-former Reform UK party leader ends his video by saying he supports everything that Reform UK stands for and is "quite happy to have an honorary position within the party."

Farage is quick to clear up that he is not retiring, but is getting out of active political campaigns.

Since the UK has left the European Union last year, relations from both sides have soured with both sides accusing the other of acting in bad faith in relation to part of their trade agreement that covers goods movements to Northern Ireland.