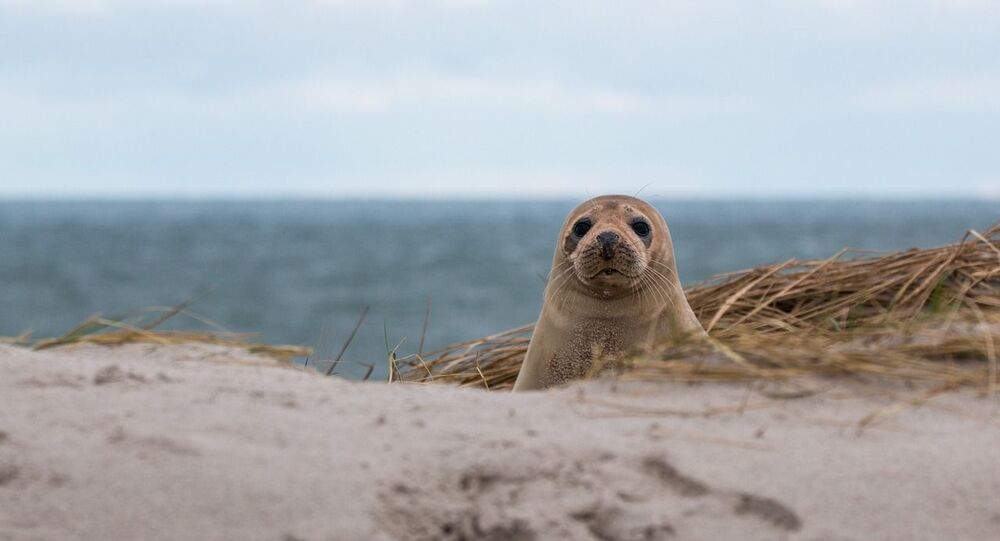 The Thames Estuary is known to be home to harbour seals, grey seals, harbour porpoises, with even the occasional dolphin or whales sighting.

A seal has become a favourite of passers-by in west London after it was spotting returning to the same place every day for a whole week.

Photos of the adorable creature show it next to the River Thames, close to St Paul’s school boathouse in Barnes.

It was first sighted on Tuesday "wobbling" up on a ramp in order to keep away from the tides and has made the visit a daily occurance.

Its local supporters watched the seal taking dips in the water in order to stay busy.

It’s #WorldWildlifeDay2021 and this little one showed up on the banks of the River Thames. What a treat! pic.twitter.com/HGI0PUaVm9

​According to the Metro, freelance photographer Broni Lloyd-Edwards, who took the photos, described the repeated sighting this close was a ‘very special’ experience.

"We are so lucky to have these beautiful animals in our river, it’s magical", she said.

Lloyd Edwards said that "the RSPCA was called and they said it looked healthy, but it’s quite unusual that it’s been in the same spot all week, so everyone is just keeping an eye out"

"It seemed very calm, and every now and again it went for a dip and came back to its resting place. I’ve seen many seals in the Thames, and every time it feels like a huge treat… I know rowers and paddle boarders have had seals climbing aboard before".

She said that a boatman had even "put up a rope to guard the seal from crowds after news of the residency hit the local community", adding that people are keeping their distance from the new "local celeb".

"We need to protect our little visitor", she told the outlet.

Officials from the RSPCA have reportedly been sent to perform checks. They have confirmed that the seal, which is currently moulting, appears calm and healthy. However, officers have informed locals to keep their distance and not try to get the creature to go back into the water.

"It is not unusual for seals to find their way into harbours or rivers such as the Thames and they have been known to travel inland quite some distance. They are often just looking for more food and generally they find their way out to sea again", an RSPCA spokesperson said.

"We recommend that if a seal is spotted, it should be left alone. Seals can be incredibly strong and powerful wild animals and have a very nasty bite which can cause horrible wounds, which could become infected by the bacteria that live in a seal’s mouth".

They asked the public "not to get close to seals" to take pictures or even selfies with them "and to keep other animals, such as dogs, away from the seal and keep dogs on leads".

"Please do not try to feed the seal as this may do more harm than good and don’t try to encourage seals back into the water as seals may come onto dry land to rest, or if they’re unwell".

"If you are concerned about them, observe from a distance for at least 24 hours.  If the seal is at risk, is sick or injured, please contact the RSPCA".

Grey seals and harbour seals have been seen in the Thames before, but it is not typical occurrence that one will repeatedly return to a single spot.