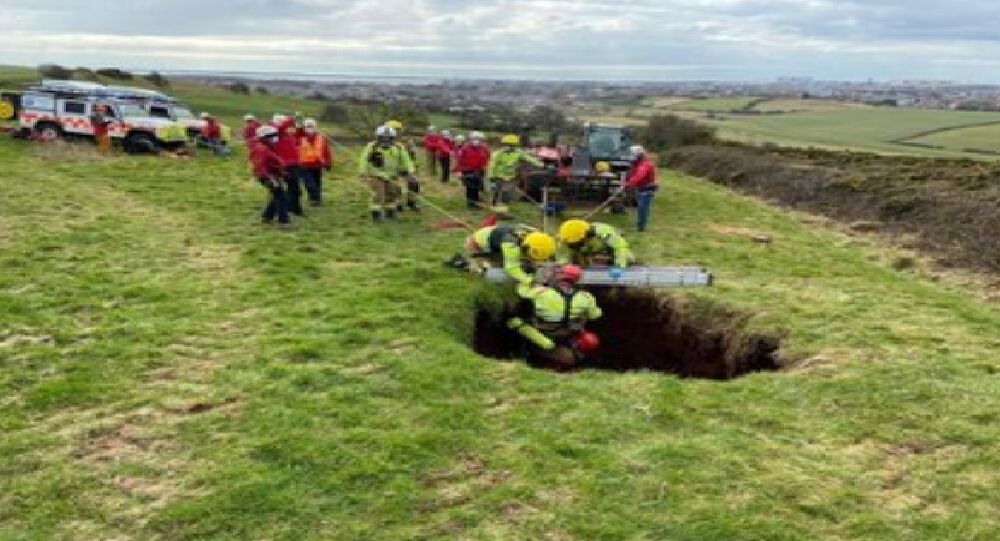 On Wednesday, Cumbria Fire and Rescue Service received a call about a man that was trapped underground in an 18 metre-deep sinkhole.

A man was riding an ATV through a field in the Bousfield Farm area in the south of the UK when he suddenly fell into a hole in the Earth along with his vehicle.

When rescuers arrived at the site of the incident, they saw the victim sitting at the bottom of the hole in a state of shock. Nearby, they saw his ATV half-buried in the earth.

"The ground just fell away with the weight of the bike on that particular spot and he was swallowed up into the sinkhole," Ian Westall of Cumbria Fire and Rescue Service said, as quoted by Yahoo News UK.

A farmer was 'swallowed' by a sinkhole which opened on his farm in Cumbria while he was riding a quad bike through the field.

The man fell 60ft to the bottom of the hole.@CumbriaFire lowered one of their crew members into the hole and were able to rescue the farmer. pic.twitter.com/pSepiQHyGj

After being rescued, the farmer, who suffered a chest injury in the fall, was taken to the hospital.

Rescuers suggest that the sinkhole could be an old abandoned mine for the extraction of iron ore, as there were many in the area at the beginning of the 19th century.