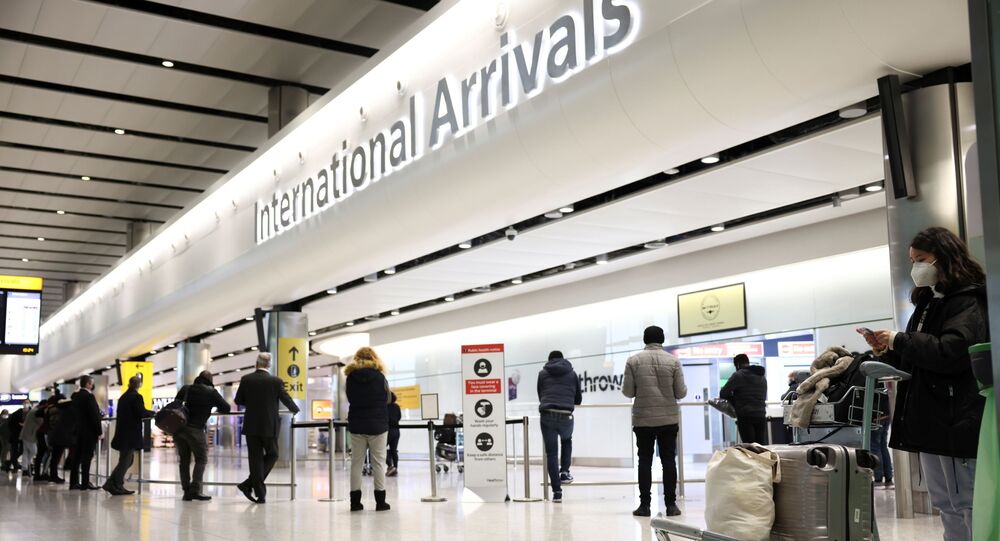 The news comes amid increasing reports that the government and employers nationwide are devising a range of methods to make it difficult for those who do not wish to take the Coronavirus vaccine to go about their lives.

English travellers wishing to leave the country may be fined £200 if they arrive at the airport without a new government-mandated form as part of an effort to crack down on ‘illegal’ overseas travel.

The Department for Transport has announced that from Monday, March 8, British nationals looking to travel globally from English airports will need to complete a new government slip, known as a Declaration to Travel document, in order to board a plane.

The three page form, which can now be downloaded from the UK government’s website, asks the traveller to fully explain their reason for heading overseas during the Covid-19 travel ban.

However, in a move that is likely to raise eyebrows among some, the form warns that Brits who give “false or misleading information” about their reasons for leaving the country could face fines, or under stricter measures, be arrested by the police. Under the government’s current guidelines, “essential travel” is still sanctioned for a narrow range of purposes, including business needs, education as well as on compassionate grounds.

A spokeswoman from the Department for Transport told The Daily Mail that those who head to airports without the certificate, either in hardcopy or on their phones, could risk being prevented from boarding their flight.

© REUTERS / TOBY MELVILLE
An aircraft takes off at Heathrow Airport amid the spread of the coronavirus disease (COVID-19) pandemic in London, Britain, February 4, 2021.

However, there are those in the government who appear to believe that the policy constitutes government overreach.

Henry Smith, Conservative Party MP for Crawley in West Sussex, has been quoted, also by The Mail, as slamming the move as “alien to the British way of doing things.”

“I don't see a purpose of such a document and it will even further dissuade people from travelling. I think if people need to travel for essential reasons then charging them £200 for not carrying documents isn't very appropriate. I also think it's concerning we have a government looking to introduce travel permits, something I think is quite alien to the British way of doing things,” Mr Smith reportedly said.

"In terms of travel documents, we all have passports if we're going to travel internationally or use a driving licence if we're travelling domestically. So I'm struggling to see the purpose of such a travel permit and I don't like the precedent it sets from both a civil liberties point of view but also as a further impediment to the aviation industry,” Mr Smith added.

The news comes as a number of top tourist destinations frequented by Britons have pledged to open their doors to holidaymakers that have received the Covid-19 jab.

Cyprus announced this week that Brits would be able to visit the country from May 1, but would need to provide evidence that they have received the vaccine. The Spanish Canary Islands and Portugal have also announced that they will likely be pursuing similar measures. However, according to UK Prime Minister Boris Johnson’s roadmap out of the national lockdown, people will not be able to leave England for travel until the earliest date of May 17. According to The Times, Cypriot officials are still pondering what kind of evidence travellers may need to supply to prove that they have had the jab, but reports say that this could include a letter from the doctors. The government of Greece has also announced that it is in talks with London for a vaccine passport system that could allow British travellers to visit this summer.