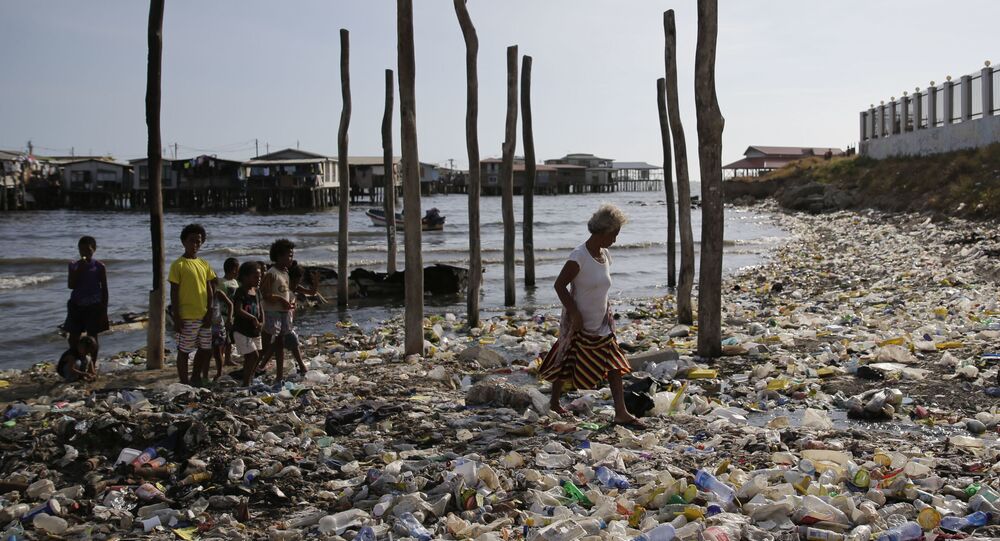 UK Will Reportedly Slash Up to '50 Percent' in Foreign Aid for Developing Countries, Including Yemen

The UK Foreign Secretary announced that the foreign aid budget will drop from £13.9 billion to £9.9 billion next year. While the government says that they require finances to combat the coronavirus, develop international trade, and fund research, others argue that reducing support abroad will lead to a reduction in Britain's global standing.

The United Kingdom could slash its foreign aid funding to some of the world's most destitute countries by more than a half, a leaked report containing discussions between Foreign Office officials revealed on Friday.

Outlining the details of talks in the last three weeks, the document reportedly marked "official sensitive" seen by openDemocracy suggests that cuts include reducing the aid programme to Somalia by 60% and to South Sudan by 59%.

The reduction of support to Syria is reported at 67%, 63% to Libya, as well as 58% of Nigeria’s current aid budget.

It also includes cuts of 50% in the west Balkans, and 60% in the Democratic Republic of the Congo (DRC). Britain's support to the Sahel will also be reduced from £340m to £23m.

Cuts of 45% to war-torn Yemen were also discussed at official meetings, ultimately lower than was later announced.

It's like they are deliberately focusing cuts where they will do most harm they can to the most vulnerable people.
https://t.co/yYpZr3BmG9 pic.twitter.com/YMNMFwRxj2

​The report offers potential insight into the scale of reductions contained in the UK government's drive to cut aid spending this year. Westminster has said it will drop its funding from the legal target of 0.7% of gross national income (GNI) to 0.5%.

Over a two-year period, the budget is set to decline from £15 billion to £10 billion.

Citing the cost of the coronavirus response, the Foreign Office said that the “seismic impact of the pandemic on the UK economy has forced us to take tough decisions, including temporarily reducing the amount we spend on aid”.

“We are still working through what this means for individual programmes and decisions have not yet been made", a spokesman told The Guardian.

While the government is confident the move is popular among the public, the push to reduce foreign aid is nevertheless facing an internal Tory backlash.

“The foreign secretary assured parliament that he would protect seven strategic priorities from cuts, including humanitarian relief. He also told the select committee he would reply to the former solicitor general’s determination that cuts would be unlawful without a change to legislation", former international development secretary Andrew Mitchell told MPs this week.

"Nothing like what is being suggested here should be considered until parliament has given its express consent, which I rather doubt will be forthcoming".

Earlier this week, the government said it would be reducing aid to Yemen by 59% despite the ongoing famine situation, and what the United Nations (UN) describes as "the world's worst humanitarian crisis".