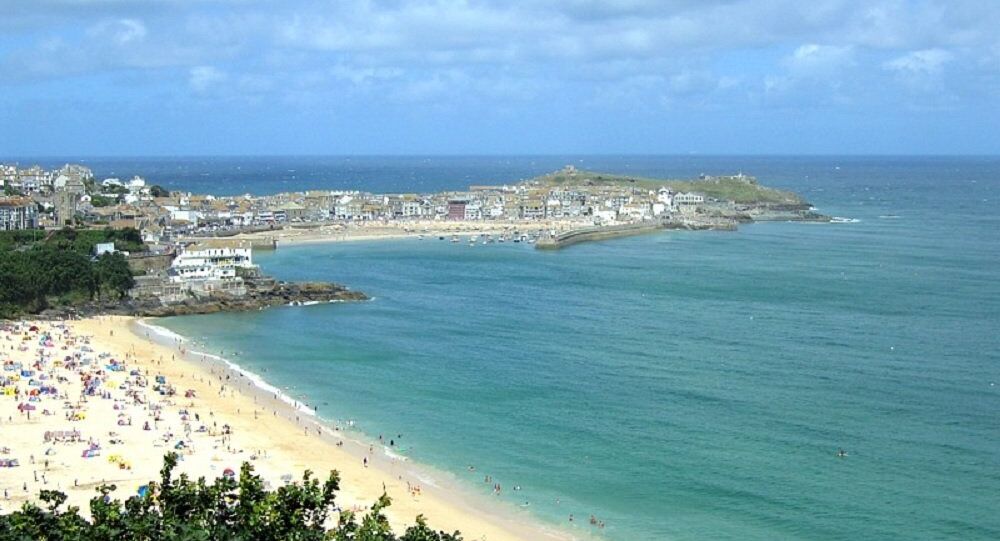 ‘Whatever Floats Your Boat': Netizens Marvel at Pic of Ship 'Hovering' Above Sea off Cornish Coast

A Cornwall man recently captured a stunning scene off the coast as he cast his gaze out to sea from Gillan, not far from Helston, that left him baffled; netizens poured over the remarkable image, which was posted later on social media.

An extraordinary snapshot taken off the Cornish coast in the UK has left viewers on social media stunned and pondering the reasons behind the phenomenon.

A man by the name of David Morris and his son "were amazed and very baffled" when they cast their gazes out to sea from the hamlet of Gillan and observed a large boat that appeared to float across the sky, according to CornwallLive.

The similar azure colouring of the sea and sky added to the illusion, with the vessel seemingly cushioned amongst the clouds.

​BBC meteorologist David Braine was quoted as saying that the phenomenon had occurred because of "special atmospheric conditions that bend light".

"Superior mirages occur because of the weather condition known as a temperature inversion, where cold air lies close to the sea with warmer air above it. Since cold air is denser than warm air, it bends light towards the eyes of someone standing on the ground or on the coast, changing how a distant object appears,” Braine was cited as explaining.

He added that mirages can vary. While in the amazing picture the boat produced the impression of floating high above its actual position, in other circumstances an object might appear below the horizon.

This particular illusion, according to the expert, while common in the Arctic, can also manifest itself "very rarely" during the winter season in the UK.

According to the school of Physics at UNSW, Australia, mirages, including floating islands, are produced by refraction in the atmosphere.

Some readers of CornwallLive suggested it might be a case of photo shopped image, or sceptically commented “Whatever floats your boat”.

Twitter users marvelled at the stunning shot and offered their versions of the causes.

Not a mirage, as it’s not distorted. Often these are false horizons causes by a low layer of fog.

You sure Superman isn’t under that ship?