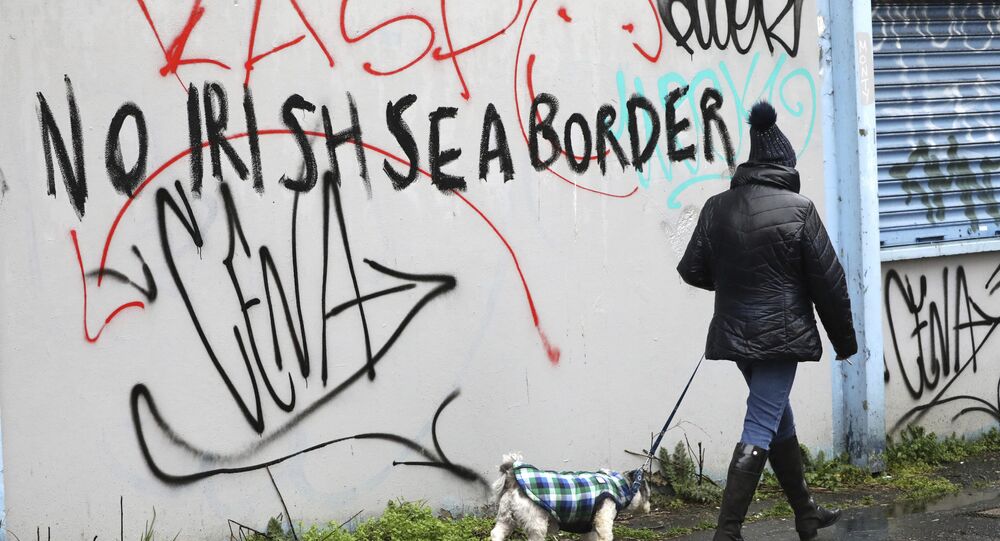 The UK and the EU are currently in talks over repairing issues related to the Northern Irish Protocol, included in the Brexit agreement, which is designed to prevent the need for a hard border on the island of Ireland.

Loyalist paramilitary organisations wrote to Prime Minister Boris Johnson that they are withdrawing their support for the Good Friday (Belfast) Agreement.

The Loyalist Communities Council said the groups were temporarily withdrawing their backing of the agreement amid concerns about the contentious Northern Ireland Protocol governing Irish Sea trade post-Brexit.

The groups added, however, that unionist opposition to the protocol should remain “peaceful and democratic”.

The letter sent to Mr. Johnson said their stance on the Good Friday Agreement would continue until amendments are made to the protocol to ensure “unfettered access for goods, services, and citizens throughout the United Kingdom”.

“If you or the EU is not prepared to honour the entirety of the agreement then you will be responsible for the permanent destruction of the agreement,” the letter added.

Northern Ireland retains EU single market and customs union regulations, unlike the rest of the UK after Brexit, in order to avoid misalignment between the two sides of the Irish border. This draws an effective customs border down the Irish Sea and places certain checks on specific goods moving between Great Britain and Northern Ireland.

Northern Ireland Secretary Brandon Lewis recently said that the grace period, where post-Brexit restrictions and checks across the Island of Ireland are not fully implemented, would be extended at least until 1 October, drawing criticism from Brussels.

European Commission Vice-President Maroš Šefčovič stated that the move amounts to a violation of substantive provisions in the Northern Ireland protocol.

The 1998 Good Friday Agreement, also known as the Belfast Agreement ended decades of violence in conflict-torn Northern Ireland, establishing devolved power-sharing in the area and a demilitarised Irish border.