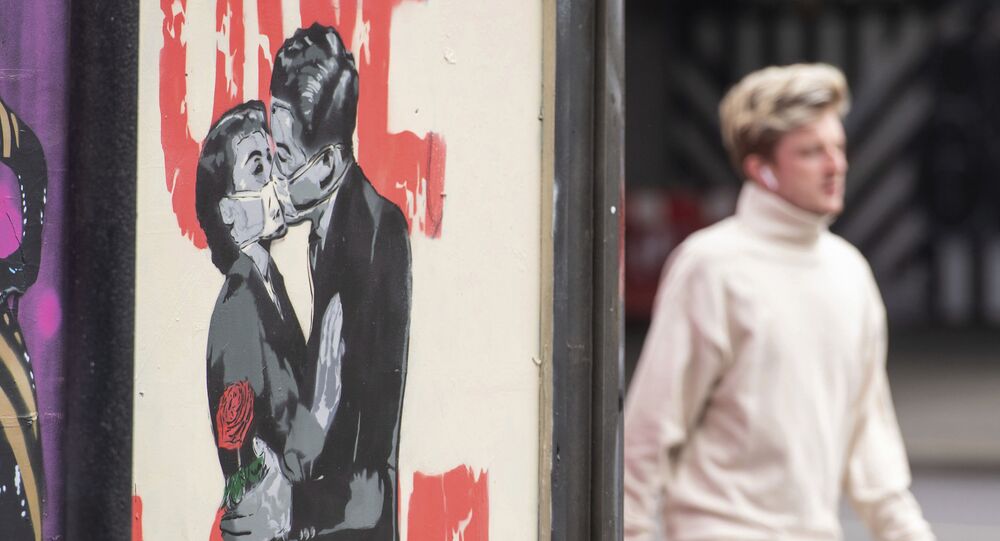 The United Kingdom has been in its third lockdown since January following the discovery of a new fast-spreading variant of coronavirus last year. However, as the vaccine administration continues at a rapid pace, the government has outlined its planned exit from restrictions.

A top UK scientist has called on the government to speed up the ending of lockdown measures in England on Wednesday as deaths and case numbers are falling quicker than anticipated.

The University of Edinburgh's Prof Mark Woolhouse, who also serves on the UK government’s coronavirus modelling group, said that Prime Minister Boris Johnson should seek a more rapid end to social distancing measures due to the latest information.

"The data are indeed looking better than the models were predicting and – to the best of my knowledge – better than anyone was expecting”, Prof Woolhouse said.

“If we unlock too far, too quickly, we risk a resurgence. However, given the data, I’d hope that the government is actively considering unlocking just as cautiously but appreciably less slowly".

"Lockdown continues to be just as harmful as ever, so there is a public health imperative to relax measures as soon as it is safe to do so. An overabundance of caution is not a cost-free option", he warned.

Experts have said that current evidence demonstrates the inoculation is effective against the virus, and the death rate is also currently around three weeks ahead of the initial government projections.

Models produced by the Scientific Pandemic Influenza Group (SPI-M) predicted in February that the daily death toll from coronavirus would remain higher than 200 until mid-March.

However, the average number of daily fatalities fell below the forecast before the end of February, according to the latest data.

Professor Sir David Spiegelhalter from the University of Cambridge said the death rate was halving on a weekly basis, the Sun reported.

"We all sort of hoped something like this might happen, but frankly it is better than anyone expected, I think,” he said.

The #COVID19 Dashboard has been updated: https://t.co/NksBC7dY3d

A total of 20,478,619 people have now received the first dose of a #vaccine. pic.twitter.com/sIcNibEmfj

​This emerges as the UK vaccine rollout sees 20 million people receiving their first jab. According to Public Health England (PHE) data, a single jab from either the Oxford-AstraZeneca or the Pfizer-BioNTech vaccines cuts hospitalisation risks by 80%.

In an update on Scotland's coronavirus situation on Tuesday, First Minister Nicola Sturgeon said that the end of lockdown "could be accelerated" due to recent "encouraging data" that coronavirus cases are declining.

During her address to the Scottish Parliament, Sturgeon announced that an extra 33 deaths across the country had been reported as well as 542 new cases of Covid-19

The Covid Recovery Group (CRG), a group of Tory backbenchers who oppose new lockdown measures, said in a letter to the prime minister last month, that the “tremendous pace” of the vaccination rollout should see restrictions eased from early March.

Too Much, Too Early?

Current roadmaps to the easing of lockdown measures, beginning with schools reopening on 8 of March and planned full ending of restrictions by the 21 June.

​However, concerns have been raised that easing measures hastily could lead to further spikes in coronavirus cases. Labour leader Sir Keir Starmer warned the government in February that lockdown restrictions should not be lifted too early and urged Johnson "not to repeat the mistakes of last time".

According to the University of Warwick, the government's policy of promoting economic stimulus through its 'Eat Out to Help Out' scheme contributed to the second wave of infections.

The government announced the first lockdown in March 2020 and eased restrictions in July, encouraging the public to eat in restaurants through subsidising dining costs up to 50%.

University research suggested that between 8% and 17% of coronavirus clusters could have been linked to the policy.