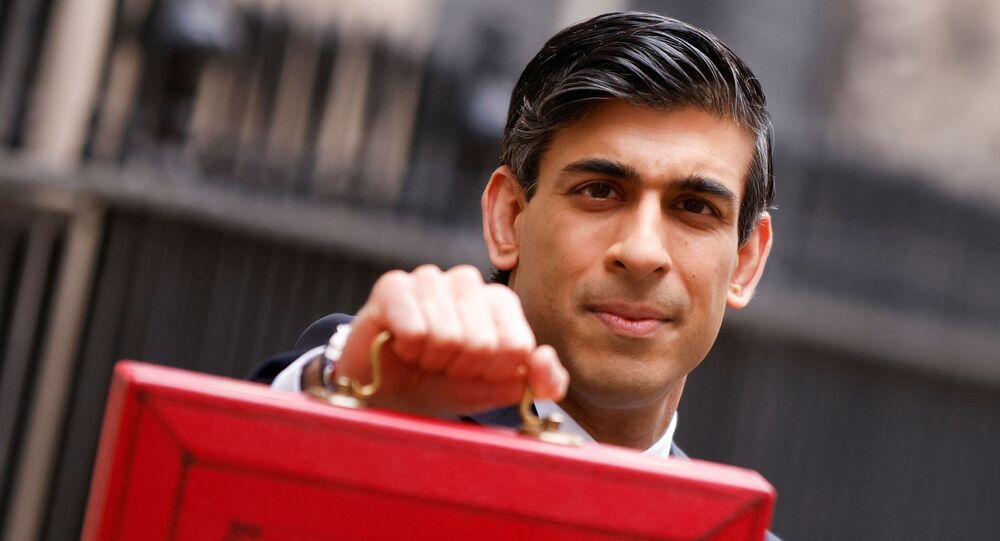 UK Chancellor Rishi Sunak addressed the Parliament on Wendesday with his Budget statement, outlining the government fiscal plan said to “protect the jobs and livelihoods of the British people''.

Announcing the government's decision on taxation, the Chancellor said the policy was fair. Sunak told MPs that the government will freeze personal tax thresholds and won't raise the rates of income tax, national insurance or VAT.

"We will, of course, deliver our promise to increase (the personal allowance) again next year to 12,570 pounds, but we will then keep it at this more generous level until April 2026," Sunak said.

He also announced an increase in corporation tax from 19% to 25%. The increase of the rate will not take effect until April 2023.

Corporation Tax up from 19% to 25% in 2023. Another next General Election cliff hanger.

​​"The government is providing business with over 100 billion pounds of support to get through this pandemic so it is fair and necessary to ask them to contribute to our recovery. Even after this change, the United Kingdom will still have the lowest corporation tax rate in the G7 -lower than the United States, Canada, Italy, Japan, Germany and France," Sunak told parliament.

Rabbit in the Hat

What many have dubbed as the Budget’s rabbit in the hat was the announcement of first eight Freeport locations in England.

New Freeports will encourage free trade and reinforce our position as an outward-looking, trading nation, open to the world. #Budget2021 pic.twitter.com/axVCtTB4iD

A Freeport is a place to carry business inside a country’s land border but where different customs rules apply.

The UK bespoke, flexible Freeports model goes further, combining customs zones with tax reliefs, planning freedoms and support for regeneration and innovation, according to the Budget.

Sunak told MPs he “will do whatever it takes” to help UK economy recover. The Chancellor elaborated on the three-part plan, which aims to provide continued support for people and businesses, fix public finances and begin “work of building our future economy.”

To protect the jobs and livelihoods of the British people through the remaining phase of this crisis, the furlough scheme will be extended until the end of September. #Budget2021 pic.twitter.com/q48eo1ppqI

​The furlough scheme, securing financial support for British workers, will be extended until end of September. There will be no change to the terms for employees, who will continue receiving 80 percent of their salary in furlough payouts.

"As businesses reopen, we’ll ask them to contribute alongside the taxpayer to the cost of paying their employees. Nothing will change until July, when we will ask for a small contribution of just 10% and 20% in August and September," Sunak said.

The incentive payments the government gives businesses will be doubled to 3,000 pounds – that’s for all new hires, of any age, explained Sunak.

We’re taking what works to get people into jobs and making it better.

Today we’re doubling the apprentice incentive payments we give businesses to £3,000 – that’s for all new hires, of any age. #Budget2021 pic.twitter.com/1ld67CRfNr

​The government also plans to invest 126 million pounds of new money to triple the number of traineeships.

Sunak also announced the forecast by the Office for Budgetary Responsibility (OBR) that expects the economy to return to its pre-Covid level by the middle of 2021 – “six months earlier than they previously thought."

The Budget statement comes after months of economic downfall in the UK caused by the Covid-19 pandemic, with loss of 700,000 jobs and the highest government borrowing outside of war time.