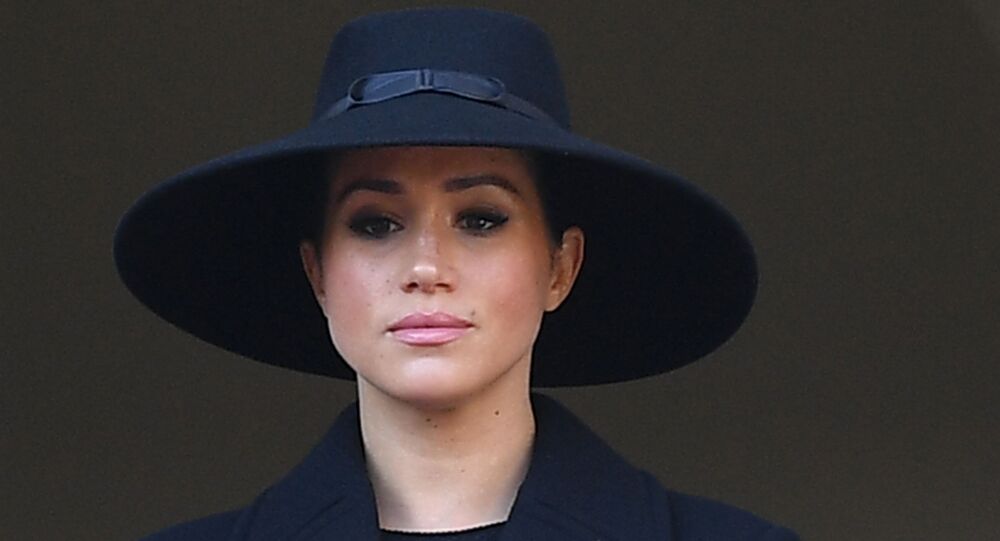 As a highly-anticipated ‘tell-all’ Oprah Winfrey interview with Prince Harry and his wife Meghan is slated to air on 7 March, royal sources came forward to offer their own recollections of the duchess’s time in the palace since her arrival to the United Kingdom as the duke’s girlfriend.

Meghan Markle was accused of “bullying” two unnamed personal assistants “out of the household” during her time at Kensington Palace and of undermining the confidence of another one, The Times reported citing royal aides.

The newspaper said that the Sussexes’ then-communications secretary Jason Knauf made a relevant complaint to the then-Duke of Cambridge’s private secretary in October 2018 that was forwarded to the HR department.

In an email, Knauf reportedly said that he was “very concerned that the Duchess was able to bully two PAs out of the household in the past year. The treatment of X* was totally unacceptable [names withheld by The Times].”

“The Duchess seems intent on always having someone in her sights. She is bullying Y and seeking to undermine her confidence. We have had report after report from people who have witnessed unacceptable behaviour towards Y,” Knauf was quoted as saying.

What Happened to the Complaint and What Do the Sussexes Say?

The complaint had died out after Knauf had a meeting with Prince Harry, who begged him to kill the plea, one source told the paper.

However, lawyers for the duke and duchess of Sussex deny that any meetings of this kind took place or that Prince Harry had interfered in the matter. The couple’s attorneys argue that The Times has been “used by Buckingham Palace to peddle a wholly false narrative” before the soon-to-be-unveiled CBS interview with Oprah Winfrey, that will be aired on 7 March.

According to a spokesman for the Sussexes, Meghan was “saddened by this latest attack on her character”, especially as a person who has been “the target of bullying herself” and a victim of misinformation.

“She is determined to continue her work building compassion around the world and will keep striving to set an example for doing what is right and doing what is good,” the couple’s press secretary added.

The Duchess denies that any acts of bullying took place, with her lawyers insisting that one person mentioned in the complaint had left the royal household following accusations of misconduct.

© AFP 2021 / DAN HIMBRECHTS
Harry & Meghan's Interview With Oprah Won't Be Pulled 'Even if Philip's Health Worsens', Report Says
In a recent interview to his pal and TV host James Corden, Prince Harry slammed the “toxic” environment in the UK and once again attacked the British press that he said was targeting him and his wife.

But the royal sources that have approached the newspaper believe that the narrative portraying Meghan Markle as simply a victim of unfair treatment and bullying in the UK is misleading. One former aide recalls being personally “humiliated” by the duchess. Others talk about occasional times the staff was left in tears after communicating with Prince Harry’s wife.

One insider claims that what palace staffers were experiencing felt “more like emotional cruelty and manipulation, which I guess could also be called bullying”.

The sources wanted to give their own account of the events in the palace that have preceded to the announcement of royal split in January 2020 over concerns that nothing has been done in the end to address the 'bullying' claims.

As the complaint has reportedly been shattered, Knauf departed from his post the following month. In March 2020, when Prince Harry and Meghan Markle left Kensignton Palace for good, he took the job of Prince William’s adviser and is now the chief executive of the Cambridges’ Royal Foundation.

Buckingham Palace has not corroborated this report.

Prince Harry and Meghan Markle confirmed last month that they would not be making their way back to the UK as working royals, a decision that has “saddened” everyone in the Royal Family, Buckingham Palace said.