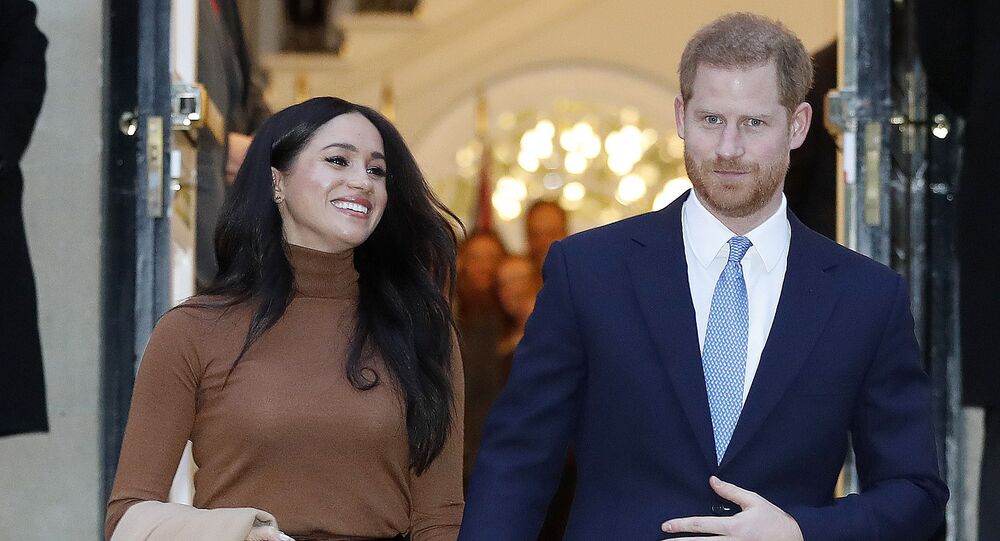 Last month Meghan Markle won a victory against the Mail on Sunday and Associated Newspapers  when the High Court in London ruled the newspaper invaded her privacy by printing a leaked letter to her father. But they are still arguing over who owned the copyright of the letter.

A judge has ordered Associated Newspapers to pay 90 percent of the legal costs of the Duchess of Sussex - the American actress Meghan Markle - following his ruling last month that the publication of a letter to her father was a breach of privacy.

The duchess's legal costs are believed to total £1.5 million.

She sued for "misuse of private information" in relation to several articles published in the Mail on Sunday and the Mail Online in February 2019.

Her legal team also want Associated Newspapers to publish a contrite statement about the outcome of the case on the front page of The Mail On Sunday and the home page of Mail Online "to act as a deterrent to future infringers."

Meghan telling the Daily Mail to print the apology on their front page in the same font size they used to write the original false story is...the best thing I’ve ever seen in my life 😂

​The articles have since been removed and Associated Newspapers have offered to pay £1 in nominal damages.

On Tuesday, 2 March, Lord Justice Warby ordered the firm, owners of the Daily Mail, to pay 90 percent of her legal costs but postponed payment until after a trial in October on the outstanding issue of copyright.

The Duchess of Sussex is seeking up to £1.5m in costs after her High Ct privacy & copyright victory against the Mail on Sunday.

She wants a front-page statement about the case outcome, copies of her private letter destroyed & damages by way of profits from the newspaper articles

​​The duchess sued Associated Newspapers after it published large portions of a five-page letter to her estranged father Thomas Markle.

​The 38-year-old duchess claims she had sole ownership of the copyright of the letter but Associated Newspapers claimed it was co-authored by Jason Knauf, who was at the time the Kensington Palace communications secretary.

The duchess's lawyers said it was "fanciful" to suggest Mr Knauf owned a share of the copyright of the letter.

She is seeking damages for misuse of private information, copyright infringement and data protection breaches.

Her lawyer, Justin Rushbrooke QC, said: "She has brought this case to vindicate her right...to stop the defendant carrying on publishing it (the letter). If he (counsel for Associated Newspapers) persuades you not to grant the injunction he can put it (the article) back up and that would be an outrage."

Adrian Speck QC, representing Associated Newspapers, said it was also possible the letter would be covered by Crown copyright.

The High Court today ruled that the Mail on Sunday should pay 90% of legal costs ($1.87m) incurred by Meghan's side for her privacy and copyright case. Justice Warby calculated the sum based "on matters on which she succeeded.” The Mail’s publisher ANL had hoped to pay just 75%.

​Later the judge agreed the matter of copyright would be dealt with at a seven-day trial in October and he said the letter should not be republished before that trial.

The Duke and Duchess moved to California last year and have become estranged from the rest of the Royal Family.

Last week Prince Harry gave an interview to Oprah Winfrey and told her he left England because he feared his wife would suffer the same fate as his mother, Princess Diana, who died in a car crash after being hounded by paparazzi for years.