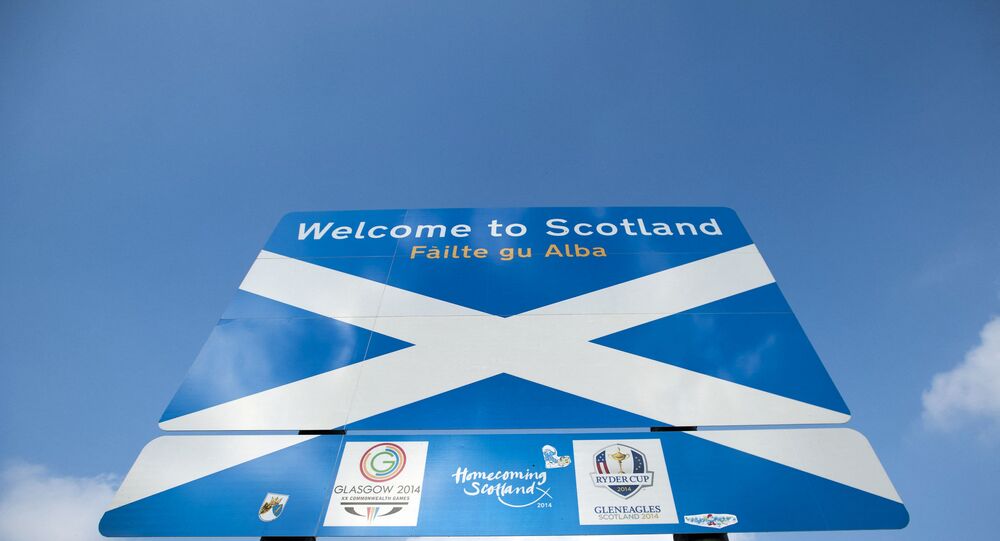 LONDON (Sputnik) – UK Business Secretary Kwasi Kwarteng said on Tuesday that it is up to the people in Scotland to decide on "when and whether" to hold another independence referendum, although the UK central government has said the 2014 plebiscite was a once-in-a-generation vote.

"I've always thought that the issue of the Scottish independence is something for the people in Scotland [to decide] … it is up to the Scottish people to decide when and whether they want a referendum", Kwarteng told the Sky News broadcaster.

The business secretary said, however, that in 2014, when Scotland voted against independence by 55 percent to 45 percent, it was said that the referendum would settle the issue for 25 years.

"I am surprised at how often it has come back", Kwarteng said, in relation to current pressure by the ruling Scottish National Party to hold another referendum.

© Sputnik / Tommy Sheridan
A crowd marches through the streets of Edinburgh on Saturday in support of Scottish independence.

In January, UK Prime Minister Boris Johnson warned Scottish nationalists against getting lost in "pointless constitutional wrangling" about holding another independence referendum and stressed that the 2014 vote had settled the issue for at least a generation.

SNP leader Nicola Sturgeon is claiming, however, that although independentists were defeated in 2014, Brexit changed the whole scenario two years later, because Scotland was forced to leave the European Union when a large majority of the Scottish voters had opted for remaining within the bloc.