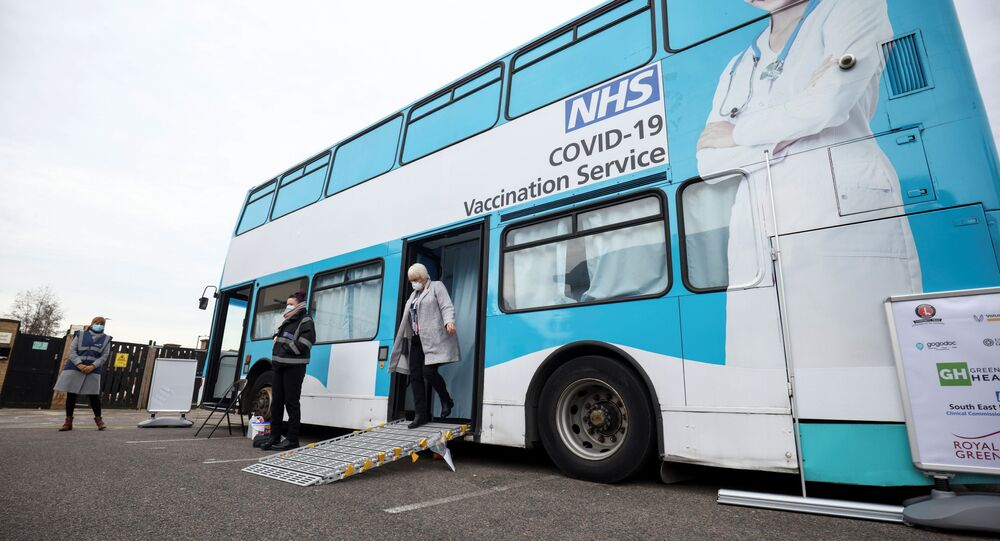 On Monday, European Commission President Ursula von der Leyen confirmed that Brussels is set to propose a digital vaccination passport across the EU that will “provide proof that a person has been vaccinated” against COVID-19.

The UK and the EU plan to discuss the bloc's proposal to create a vaccine passport as the British government considers creating a system to allow people who have had a jab to travel more freely abroad.

Sky News cited a spokesperson for Prime Minister Boris Johnson as saying on Monday that the government “has said” that they are “looking at the issue of vaccine passports”.

"As you can expect, DfT [Department for Transport] will work [with] and do speak to countries across the world in terms of how they may look to introduce passports”, the spokesperson pointed out.

They did not elaborate on when the UK government's review on the matter will wrap up, but said that “of course you can expect us [the government] to speak to the EU and other countries on how they may implement any similar sorts of policies”.

The remarks follow European Commission President Ursula von der Leyen saying on Monday that Brussels is due to  submit a legislative proposal on introducing digital vaccination passports across the bloc later in March.

“The [so-called] digital green pass should facilitate Europeans' lives. The aim is to gradually enable them to move safely in the European Union or abroad - for work or tourism”, von der Leyen noted in a tweet.

She added that the goal of such a passport is to provide proof that a person has been vaccinated and that the digital document will respect “data protection, security and privacy”.

The aim is to gradually enable them to move safely in the European Union or abroad - for work or tourism.

The announcement came as a number of countries badly hit by COVID-19-related downturns in the tourism industry, such as Israel and Greece, have already adopted vaccine certificates, while Sweden and Denmark have entered talks on developing similar measures.

Austrian Chancellor Sebastian Kurz, for his part, pressed for a digital pass similar to Israel and pledged a state visit to Tel Aviv along with Danish Prime Minister Mette Frederiksen later this month.

© REUTERS / POOL
Merkel: EU Leaders Agree to Introduce Vaccination Certificates, They Will Be Ready Within 3 Months
German Chancellor Angela Merkel said that most EU nations agreed that a digital vaccination certificate may be needed by the summer, which is expected to allow people to travel more freely in time for holidays.

Some nations in the 27-member bloc, however, have opposed the measures, with France stating it would be too early to permit vaccination passports due to weak data on vaccine efficacy.

Public Health England (PHE) has, meanwhile, reported that at least six cases of the Brazilian COVID-19 variant, known as P1, have been identified in the UK, as the government is already mulling taking tougher border measures to contain the strain.