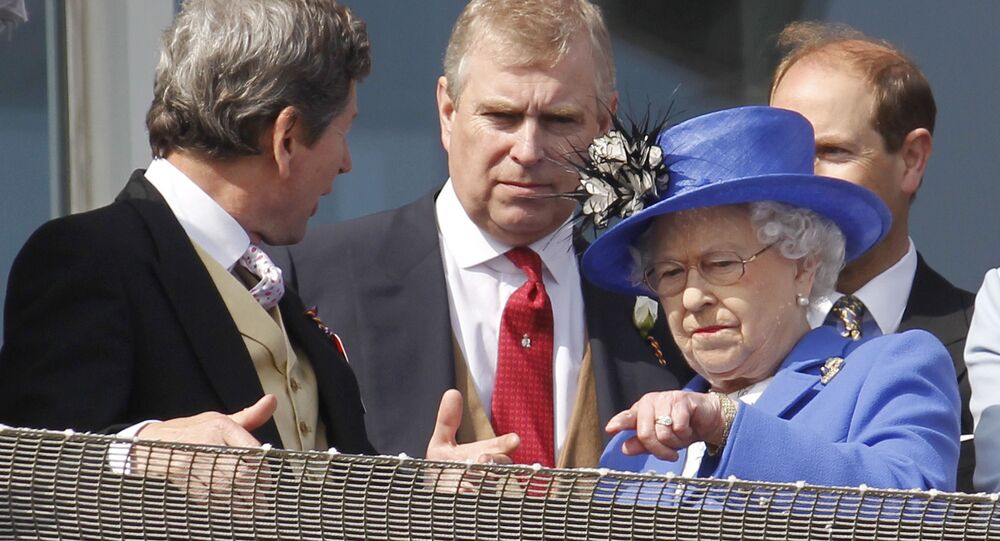 The Duke of York has kept a low profile since his car-crash interview with the BBC during which he tried to explain his relationship with the disgraced financier accused by dozens of women of sexual assault.

Prince Andrew will not attend the celebration of the Queen's 95th birthday this June due to his involvement in the Jeffrey Epstein sex scandal, The Sunday Times reported, citing royal sources. According to them, Her Majesty's second son will not be present at the Trooping of Colour, a ceremony performed by servicemen to mark the birthday of the British sovereign. He will be replaced by Major General Roland Walker, a war veteran, whose vehicle was hit by an explosive device in Afghanistan in 2010.

Sources told the newspaper that Prince Andrew's relationship with the disgraced financier as well as an allegation that he slept with an underage girl will "overshadow the work of the monarchy".

"While the hurdles around the Epstein case are still hanging over him, it will be difficult for him to represent the family again in any capacity as his presence would overshadow the work of the monarchy. The duke is focusing on doing what needs to be done to cause less distraction and that is still ongoing", a source told The Sunday Times.

Another source said his presence will be difficult for both the Queen and the Grenadiers, adding it is unclear whether he will appear on the balcony when the whole family watches a fly-past by Royal Air Force planes.

He was airbrushed from the wedding photos of his daughter Princess Beatrice, and reports say he won't attend events to commemorate Prince Philip's 100th birthday this summer and it appears that Her Majesty is not keen to see him during her birthday either. The development comes ten days after the British media noticed that the Queen did congratulate Prince Andrew on his 61st birthday on social media as she always does with other members of the Royal Family on their special day.

The post simply read that "on this day in 1960 the Queen safely delivered a son" and featured a picture of the monarch holding Prince Andrew.

Since the Jeffrey Epstein sex scandal broke, the Duke of York has become a pariah. He was ditched by his patronages, banks and companies participating in his projects distanced themselves from him, while the public demanded he be stripped of his military titles.

What Are the Accusations?

One of Epstein's alleged victims Virginia Giuffre (nee Roberts) claimed that she was trafficked to London by Epstein and his ex-girlfriend and alleged accomplice Ghislaine Maxwell, where she was forced to have sex with Prince Andrew on at least three occasions, including when she was just 17 years old.

Both Buckingham Palace and Prince Andrew denied the accusations. The Duke of York claimed he had an alibi and said he has no recollection of meeting the woman, despite there being at least one photo showing the prince together with Giuffre and Epstein's ex-girlfriend Ghislaine Maxwell.

The royal previously said that he was willing to help prosecutors working on the Jeffrey Epstein case, however, investigators claimed that not only did Prince Andrew provide zero cooperation, but said he was stonewalling the case.