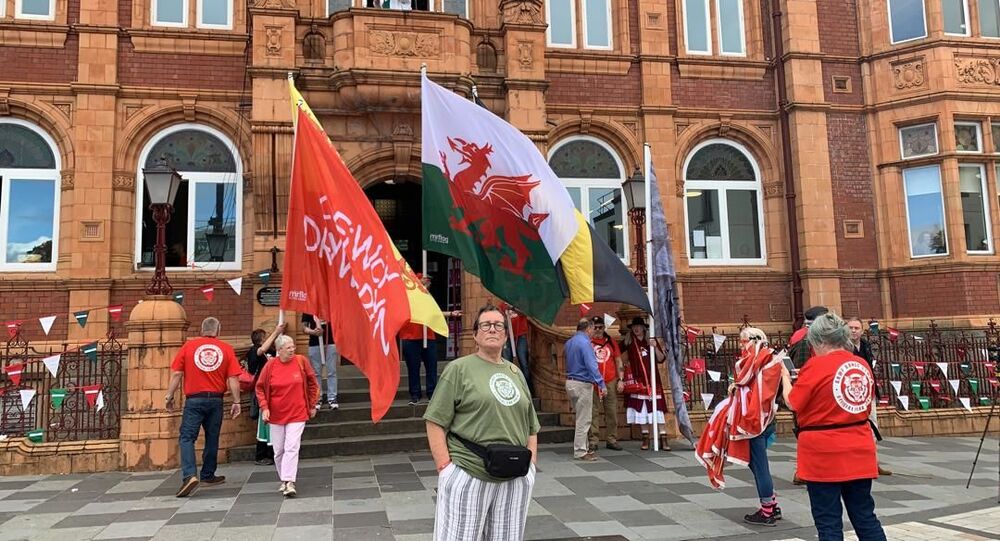 The UK government announced that the investment for local projects in England would also be issued to Wales, Scotland and Northern Ireland. However, the ruling Conservative Party has stipulated that control of the finances will remain in Westminster.

A Plaid Cymru MP has accused the Secretary of State for Wales of “belittling” democracy in the devolved region on Friday.

Liz Saville Roberts MP slammed Conservative frontbencher Simon Hart for comments he made regarding the "little status" of representatives Wales compared with the rest of the United Kingdom.

“The Secretary of State’s comments yesterday evening that we should ‘stop fretting’ about what he terms our ‘little status’ ignores his own insignificance at the cabinet table or that Wales will lose a fifth of its representation in Westminster in the next parliament. Perhaps he should reflect on his own role before belittling our democracy."

This comes amid protests by the Welsh Assembly that the UK is undermining Welsh sovereignty by maintaining Westminster control to finance projects in Wales.

She described the UK's proposed ‘Levelling Up Fund’, which would see funding for financial projects in devolved regions handled by the Treasury in Westminster, as "side-lining our democracy and dictating our future".

The MP, whose constituency is Dwyfor Meirionnydd in north-west Wales, continued by saying that claiming Westminster is able to "single-handedly fix regional inequality is fantasy politics".

"It is Westminster which has tolerated, facilitated and, at times, marshalled the creation of systemic and structural regional inequalities which are the worst of any comparable developed country," she said.

She added that Wales was being treated as "expendable" as part of an "unequal union", citing the £100Bln HS2 high-speed railway project "without an imperial inch of track in Wales".

"Ignoring this and their calculations that HS2 will cost Cardiff alone nearly £70 million annually, the UK government classified the project as benefiting both England and Wales".

According to Roberts, this would mean that "Barnett consequential payments", which she estimates to be around £5Bln, would not be accessible to local authorities.

The MP, who is a member of the Welsh nationalist party Plaid Cymru, criticised the UK government for failing on projects "actually physically here in Wales, like the Swansea Bay Tidal Lagoon or the electrification of our railways."

She dubbed the policy a "duplicitous mistake" and "a shameful sham of an election ploy. Empty words when Wales needs so much better".

“Decisions affecting Wales should be made in Wales, by a government that is accountable to the people of Wales. This May, Vote for Wales," she said.

This follows comments by the Tory minister in response to criticisms by the Welsh government that Westminister was "aggressively undermining" Welsh sovereignty in the devolved system by retaining control of funding.

Simon Hart said on Thursday that he wished Welsh leaders would “stop fretting about their own little status in Cardiff and actually look at the bigger picture”.

“This is not about politicians and power – this is about jobs, livelihoods and post-COVID recovery," he said while speaking to the BBC.

The devolved arrangement in the UK means that Scotland, Wales, and Northern Ireland have their own elected authorities and are issued certain funding powers.

Last year, the levelling up project was set to inject £4Bln of investment for projects in England before an additional £800 million for the devolved regions was announced.