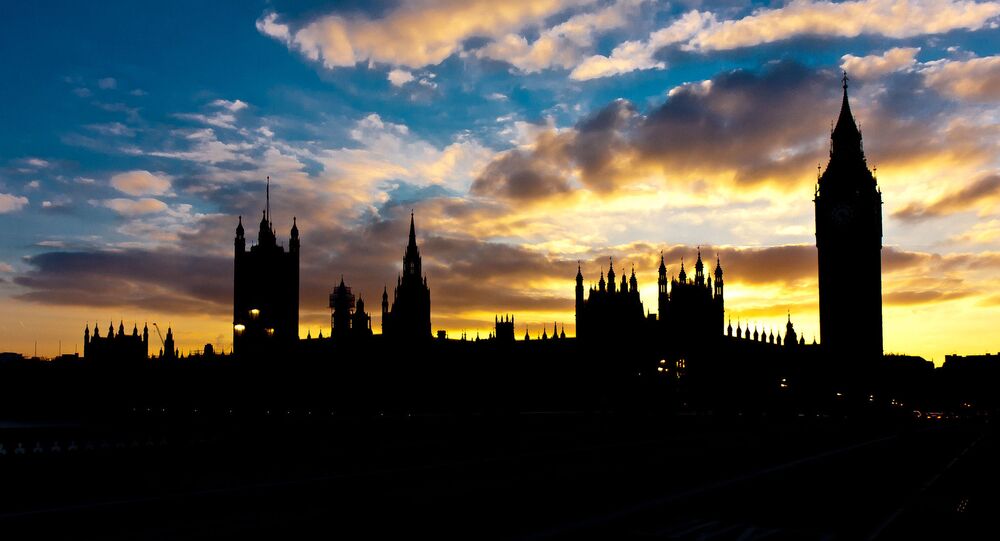 Newly leaked documents have indicated that instead of adhering to the principles of ethical journalism, Reuters and the BBC have been involved in the UK government's covert operations aimed at tarnishing Russia's image in its immediate neighbourhood, and undermining the country's sovereignty.

A trove of documents leaked by a group calling itself "Anonymous" suggest that BBC Media Action and Thomson Reuters Foundation – largely described as independent and impartial news sources – have been given millions of pounds by the UK Foreign and Commonwealth Office (FCO) to cultivate Russian journalists and create an influence networks to "counter the Russian government’s narrative" in and around the country, while promoting "Her Majesty's Government" message there instead.

To that end, the media organisations operated through a Counter Disinformation and Media Development (CDMD) department within the UK FCO, alongside other media outlets including Bellingcat and intelligence contractors. According to The Grayzone, a US-based alternative media, the "Anonymous" group that released the explosive documents was apparently behind the leak of the UK FCO-funded campaign to encourage support for regime change in Syria.

"The news that some British corporate media have participated in a government programme to discredit the Russian Federation does not surprise me at all," says Roberto Vivaldelli, a political observer and author of the book 'Fake News. Manipulations and Media Propaganda, From War in Syria to Russiagate'.

In recent years there have been numerous cases of completely unfounded reports being circulated for the sole purpose of carrying out the "new Cold War" against Russia, he notes, referring to the US' "Russiagate" story, largely based on later debunked "dirty dossier" by ex-MI6 agent Christopher Steele, which implied that Moscow "colluded" with Donald Trump to "interfere" in the 2016 elections. The collusion narrative eventually collapsed as Special Counsel Robert Mueller found no evidence whatsoever to support the claim.

The anti-Russia campaign run by the UK government in collaboration with the country's media is nothing new given that Whitehall secretly funded Reuters in the 1960s and 1970s to assist an anti-Soviet propaganda organisation with links to MI6, according to declassified official documents. When the files surfaced in January 2020, Reuters spokesperson David Crundwell asserted that "the arrangement in 1969 was not in keeping with [their] Trust Principles and [they] would not do this today."

The roots of anti-Russia propaganda go even deeper in history, according to Adriel Kasonta, a London-based foreign affairs analyst and former chairman of the International Affairs Committee at Bow Group, the oldest conservative think tank in the UK. For example, Life magazine on 8 May 1890 portrayed Russia "as a blot upon, rather than an agent of civilisation," he says.

"At least for 300 years, if not more, if not even going back to the time of Elizabeth I, no country as a unified entity, has done more to persistently and constantly undermine Russia in all its forms than the British deep state and its spy network and its influence network and its propaganda networks around the world," suggests British political analyst Marcus Godwyn.

"Currently, equipped with new tools like mainstream media, yet with the same modus operandi, the West is still bound to "break the Russia’s bear back," says Kasonta, warning the Western countries from "intentionally locking [themselves] in a social psychological model of intergroup conflict with Moscow, driven by zero-sum rationale."

The very fact that Reuters, BBC, Bellingcat, and equivalent Western media, which treat Russia and China as outcasts, are depicted as "impartial, reliable, and non-state affiliated sources of unbiased news," while "non-Western foreign outlets are [showed as] evil foreign actors, trying to undermine our democracy is highly insulting assertion to anyone with an open mind," according to the scholar.

© AP Photo / Virginia Mayo
People walk through the Agora atrium at the new NATO headquarters in Brussels on Thursday, April 19, 2018.

The programme described in the leaked documents appears to be part of a broader approach exercised by the Transatlantic Alliance, says Alex Krainer, author of the book The Grand Deception: The Truth about Bill Browder, the Magnitsky Act, and Anti-Russian Sanctions.

To illustrate his point Krainer cites Wes Mitchell, former assistant secretary of state for European and EurAsian Affairs, who outlined Washington's strategy towards the Russian Federation in August 2018, in a testimony to the Senate Foreign Relations Committee.

Mitchell underscored, in particular, that Russia and China are "serious competitors that are building up the material and ideological wherewithal to contest US primacy and leadership in the 21st Century," stressing that their "domination" over Eurasia should be thwarted. Therefore, to be effective, US diplomacy toward Russia must be backed by "military power that is second to none and fully integrated with our [NATO] allies and all of our instruments of power," according to the official.

In addition to that, Mitchell revealed that the US the Bureau of European and Eurasian Affairs was "working with [its] close ally the UK to form an international coalition for coordinating efforts in this field" and requested considerable funds for combatting Russian influence in Europe, Krainer points out.

"Since then we learned that the UK's Institute of Statecraft and their Integrity Initiative were very active in conducting propaganda activities aimed at discrediting and demonising Russia and their leadership," the author suggests. "The most recent events should be understood in the framework of this strategic agenda."

© AP Photo / Ben Birchall
Banksy's Girl with a Pierced Eardrum mural has been given a face mask in a nod to the coronavirus pandemic as the UK continues in lockdown to help curb the spread of the coronavirus, in Bristol, England, Wednesday April 22, 2020

'UK's Anti-Russia Campaign is Totally Against the Interests of Brits'

Nevertheless, it appears that the British government is going to push ahead with its anti-Russia media campaign at the British taxpayer's expense, according to Marcus Godwyn. Furthermore, as money is apparently going to continue to funnel into the BBC, Reuters, and others involved in its propaganda programme, Whitehall can hardly afford to even get a vaccination campaign together, the British analyst points out. Meanwhile, Britons are queuing up at food banks in what is still apparently the fifth or sixth largest economy in the world, Godwyn remarks bitterly.