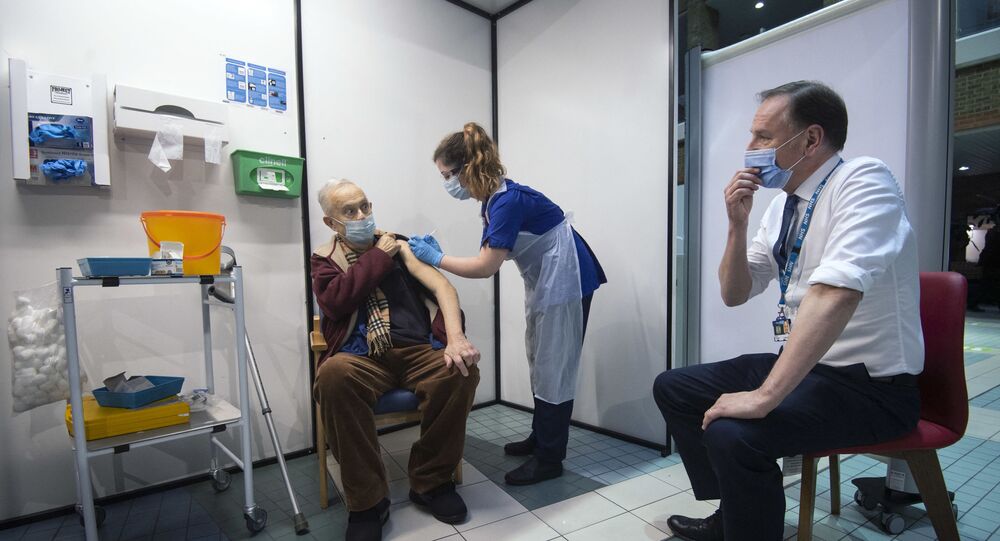 The stated aim of the national lockdowns introduced at the beginning of the pandemic by the government was to prevent the United Kingdom's health sector from becoming overwhelmed with coronavirus patients.

Experts in the UK are warning that the National Health Service could take years to alleviate record-high waiting lists for routine operations even after the coronavirus pandemic comes to an end.

Chief Executive of the NHS Confederation, Danny Mortimer, has said that waiting lists will remain" significantly higher than we have seen for a very, very long time".

The organisation headed by Mr Mortimer - also called the National Association of Health Authorities and Trusts - represents health facilities all over Britain.

While speaking to Times Radio, the healthcare boss said that politicians and NHS officials must be honest with the public regarding the waiting situation, with lists longer than they have in over 2 decades.

"We do need that investment in facilities, investment in people, and we also need to understand that there are competing pressures because of the virus, because of the impact we have seen on people's mental health that we are going to have to deal with for the longer term", he said.

"There is also the continued reality of the vaccination programme as well - all of those things need investment from the Government".

He added that surgeons are becoming increasingly tired while experiencing a lack of access to resources such as theatres and essential staff, including anesthetists.

“It’s gonna take some time for us to get the waiting lists back to where we need them.”

Chief Exec NHS Confederation Danny Mortimer, on how NHS will tackle the “continuing demand” on hospitals and other services.

Professor Neil Mortensen, president of the Royal College of Surgeons, described the problem as "absolutely massive" and said that a "a big plan" will be required to solve it.

"We have already done well with remote outpatient appoints, with patients not having to come to hospital for assessment and follow-up, but staff are tired and need a pause, particularly for surgery we need the help of our friendly anaesthetists".

He added that surgeons cannot carry out their responsibilities properly "without having a really good theatre team".

The cautions come as researchers claim that the pandemic has seen NHS transformed into a 'National Covid Service' due to its capacity being used primarily to respond to the virus at the expense of other procedures.

A study by the Reform think tank discovered that waiting lists could hit a record of ten million by April – with one in six people in England requriing medial treatment.

What's happened to 52 week waits throughout the pandemic?

According to modeling by the think tank and data analytics company Edge Health suggests, the 4.52 million on waiting lists as of December could spike to ten million by April. The total number on the list for over a year is also expected to be 12,000% higher by April compared with March last year.

NHS England figures reveal that 225,000 people went at least 52 weeks without receiving any treatment in December. In comparison, every month of 2019 saw the number at around 2,000 - prior to the first wave of the coronavirus pandemic in the UK.

Tens of thousands of patients could end up in excruciating pain and unable to carry out "day-to-day family life or work" as a result of the long wait times, surgeons have warned.

Meanwhile, leading medics have described the shocking data as demonstrating the "enormous toll" of the coronavirus pandemic on the health service.

Following calls by the government at the beginning of the pandemic to "stay home, protect the NHS" or due to concerns about contracting the virus in a GP surgery or hospital, many otherwise seeking treatment did not do so. Hospitals also delayed tens of thousands of non-urgent operations in order to redirect staff and beds to deal with coronavirus cases.

The NHS resumed services over the summer but much of the non-urgent care was quickly halting again in winter due to the second wave.

A Problem With Privatisation?

This comes as the Conservative government has been accused of not being sufficiently capable of dealing with the pandemic due to an underfunding of the health system prior to the initial outbreak.

In 2016, the government of then-Prime Minister Theresa May oversaw a simulation operation known as 'Exercise Cygnus' to observe the potential impact of a hypothetical H2N2 influenza pandemic in the UK.

The exercise concluded that the country's "preparedness and response in terms of plans, policy's and capabilities, is currently not sufficient to cope with the extreme demands of a severe pandemic that will have a nationwide impact across all sectors".

Since the introduction of the Social Care Act, NHS hospitals were permitted to raise 2% to 49% of income from non-public sector sources, initiating a rise in Public-Private Partnerships and a variety of primary care and community services now provided by private firms. The introduction of the internal marketplace has led to long-term administration and overhead costs increasing, rather than making the service more affordable.