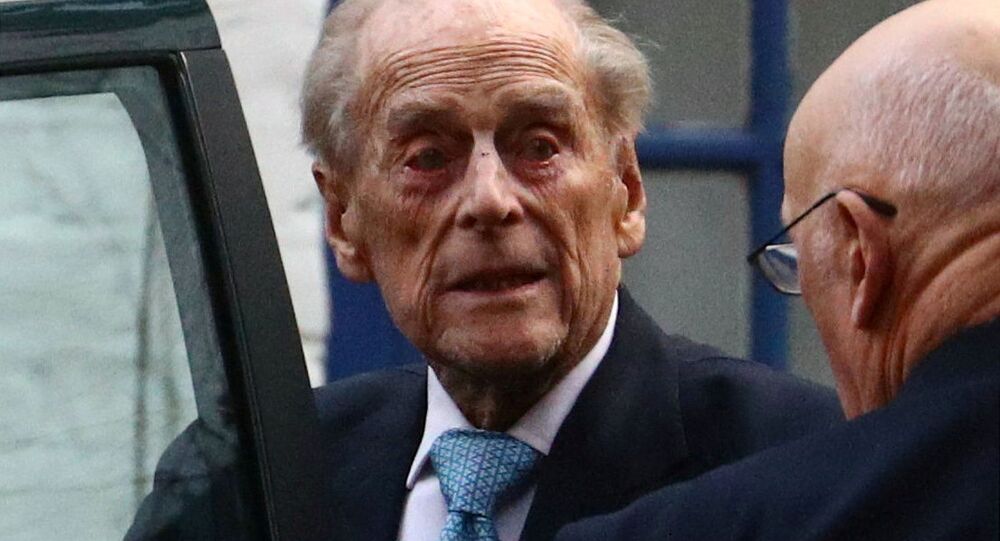 The Duke of Edinburgh, who is expected to celebrate his 100th birthday in June, was admitted to hospital last week as a “precautionary measure” to stay for observation for “a few days”, the Palace announced at the time. However, the Queen’s husband has remained in the medical facility for over a week now.

Prince Edward, the youngest son of Prince Philip and Queen Elizabeth, said that his father was doing much better, as Buckingham Palace unveiled that the Duke of Edinburgh was being treated for “an infection”.

"He is comfortable and responding to treatment but is not expected to leave hospital for several days,” the Palace said in a statement.

Last week, the royal household maintained that the 99-year-old duke will stay in hospital for “a few days of observation and rest” over an unspecified condition.

But the Earl of Wessex, 56, said that his father was now craving a return from hospital as the royal family were keeping their “fingers crossed”.

"As far as I'm aware, well I did speak to him the other day, so he's a lot better thank you very much indeed, and he's looking forward to getting out, which is the most positive thing,” Prince Edward told Sky News as they were discussing the impact of the Duke of Edinburgh's Award scheme.

Prince Philip’s 56-year-old son admitted that his father was still “a bit” frustrated after remaining in hospital for over a week:

“I think that gets to all of us, and then, you can only watch the clock so many times and the walls are only so interesting,” the earl said, while thanking people for the“fantastic” support they have given the duke over the last couple of days.

Prince Philip was driven to King Edward VII's Hospital, a private facility, on 16 Tuesday and has stayed there since. The Palace said the next day that the admission was a “precautionary measure” on the advice of the duke’s doctor after the royal had been “feeling unwell” but did not give any further details. Prince Philip was previously administered a coronavirus shot but sources said that his condition was not COVID-related.

Prince Philip was visited by his son Prince Charles on Saturday and the two have spent around 30 minutes together. The duke’s grandson Prince William also assured residents of the vaccination centre in King's Lynn, Norfolk on Tuesday that his grandad was doing “ok”.