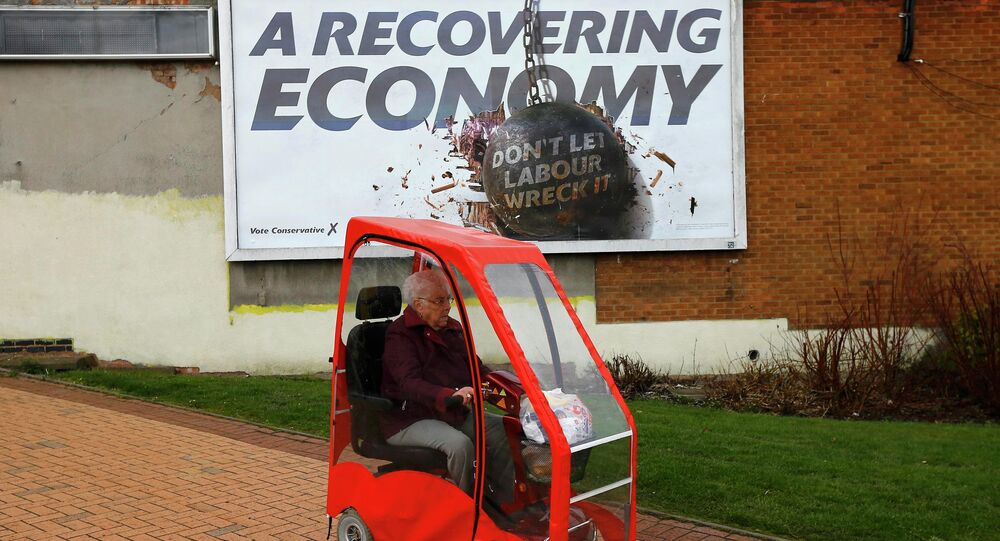 The European Court of Justice ruling behind the new EU-wide rule meant that vintage cars in museums and private garages had to be insured as if they were driven on public roads — along with a wide range of non-road legal vehicles, including ride-on lawnmowers, go-karts and fork-lift trucks.

Insurance firms have welcomed the British government's pledge to scrap the EU's rule that museum pieces, golf carts and mobility scooters must have motoring cover.

Transport Secretary Grant Schapps announced on Sunday that the government would take advantage of the UK's exit from the European Union (EU) to avoid implementing the "over-the-top law" — created by the European Court of Justice (ECJ) ruling in the 2014 Vnuk vs. Zavarovalnica Triglav case.

“We have always disagreed with this over-the-top law that would only do one thing — hit the pockets of hard-working people up and down the country with an unnecessary hike in their car insurance”, Schapps said. “I am delighted to announce that we no longer need to implement it”.

The Vnuk ruling means vehicles across the EU that are not driven on public roads have to be insured as if they were driven on public roads. That means non-street legal racing cars, go-karts, golf buggies, mobility scooters, off-road motorcycles and quad bikes, ride-on lawnmowers, fork-lift trucks, bulldozers and even classic and vintage cars in museums must have third-party cover as a minimum.

Damijan Vnuk, a Slovenian farm labourer, took insurer Zavarovalnica Triglav to court, after the firm refused to pay him just under €16,000 compensation for a 2007 accident in which he was knocked off a ladder by a trailer being backed into a barn by the farmer's tractor. Ironically, the tractor had compulsory vehicle insurance, but the insurer refused to pay on the grounds that it was being used as a 'propulsion device' and not a means of transport. Vnuk eventually took his case to the ECJ after national courts rejected his claim.

“The Vnuk decision introduced the potential that otherwise uninsured risks and costs would have to be met by the UK motor insurance industry despite the fact that no premium would have been obtained and therefore unfairly passing the costs to UK motorists", said Calum McPhail, the firm's head of liability claims. "It will be a welcome and positive development if the Government does move away from Vnuk”.

The government said had the rule been implemented in the UK, it would have heaped £2 billion in extra overall costs on the insurance industry — which would have been passed to drivers on as an estimated £50 annual increase in their insurance premiums.

“Scrapping this rule would save the country billions of pounds and is part of a new and prosperous future for the UK outside the EU — a future in which we set our own rules and regulations”, Schapps said.

The Department of Transport said bypassing the Vnuk law would also save the UK's "world-leading" motorsports scene from huge extra costs and the the potential collapse of the industry it said employs hundreds of thousands.

“The EU rules would have meant any motorsports collision involving vehicles from go-karting to F1 would have been treated as regular road traffic incidents requiring insurance", it pointed out. “This could have decimated the industry due to the additional insurance costs of roughly £458 million every single year".