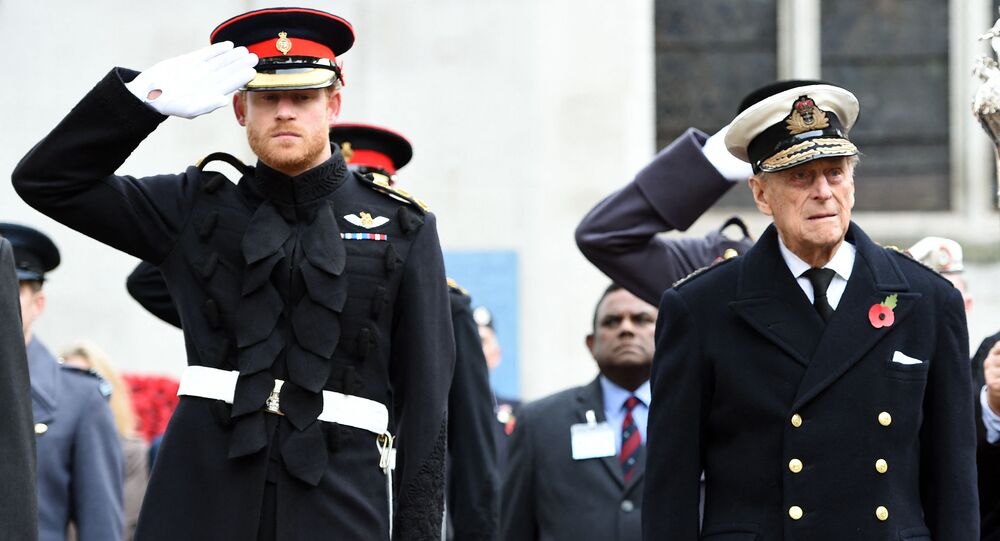 Earlier, Buckingham Palace said that the 99-year-old husband of the Queen, Prince Philip, had been hospitalized after feeling unwell. The statement emphasized that this was a precaution taken on the advice of the attending physician, and that COVID-19 had nothing to do with it.

The Duke of Sussex, Prince Harry, is self-isolating at his home in California to prevent himself from contracting COVID-19, since he might need to get to the UK soon if the situation with his grandfather, Prince Philip, worsens, The Mirror reported Thursday.

Harry has decided to stay at the mansion permanently with his wife, the Duchess of Sussex, Meghan Markle, and their firstborn, one-year-old Archie.

He has already made arrangements to travel by private jet and is being kept "regularly informed" of the state of his grandfather, according to the report.

“Harry is of course concerned for his grandfather’s welfare and is being kept regularly informed on his condition," an undisclosed source is quoted as saying in the report. “He has chosen to stay in case he is required to return to the UK at short notice.”

Prince Harry will be tested for the virus before leaving the US and upon entering his home country. At the same time, Meghan Markle is reportedly mulling whether to fly with her husband, as she is known to be five-months pregnant.

According to the report, the US and Spain are expected to become the newest additions to the so-called "red list", consisting of 33 countries by now, whose travelers have to keep themselves in a government-approved hotel for quarantine in order to curb the spread of the COVID-19's new strains, raging in many different nations worldwide.

However, members of the royal family have special permission to travel, cognate to diplomatic immunity, meaning that if he tests negative for coronavirus, the Duke would not have to quarantine.

Prince Harry has been residing in Santa Barbara, California since last year after the Dukes of Sussex announced their stepping down from the role of senior royals in order to earn money on their own. The royal couple is expected to go on TV in an interview with the US talk show host Oprah Winfrey in March, while earlier they signed a movie production contract with Netflix.

Sussexes to Have ‘Very Awkward’ Meet-up With Will & Kate When COVID Travel Bans Lifted, Author Says