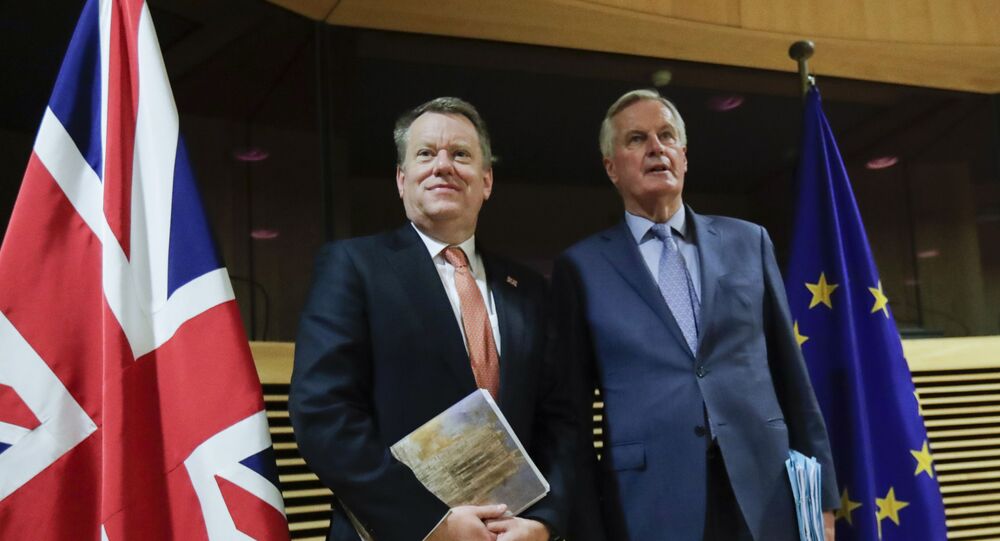 David Frost headed the Brexit discussions with top EU negotiator Michel Barnier throughout the period of the United Kingdom's withdrawal from the bloc last year.

In a declaration on Wednesday, 10 Downing Street declared that the peer's appointment as a minister of state will begin from March 1 onwards.

“The Queen has been pleased to approve the appointment of Lord Frost CMG as a minister of state in the Cabinet Office", the Prime Ministers office said in a statement.

“Lord Frost will be a full member of Cabinet. His appointment will take effect from March 1 2021".

Johnson initially planned to make give Lord Frost the role of National Security Adviser but the idea was scrapped.

“He will lead the UK’s institutional and strategic relationship with the EU and he will help drive through changes to maximise the opportunities that flow from the deal we reached with the EU", the PM's official spokesman said.

Lord Frost responded to the appointment saying he was "hugely honoured to have been appointed minister to take forward our relationship with the EU after Brexit".

I am hugely honoured to have been appointed Minister to take forward our relationship with the EU after Brexit.

In doing so I stand on the shoulders of giants & particularly those of @michaelgove who did an extraordinary job for this country in talks with EU over the past year.

​He continued saying that he would be standing “on the shoulders of giants” ... “who did an extraordinary job for this country in talks” with Brussels.

Ex national security advisors and former Prime Minister Theresa May have questioned Frost’s security affairs competence, with May describing him as a political appointee.