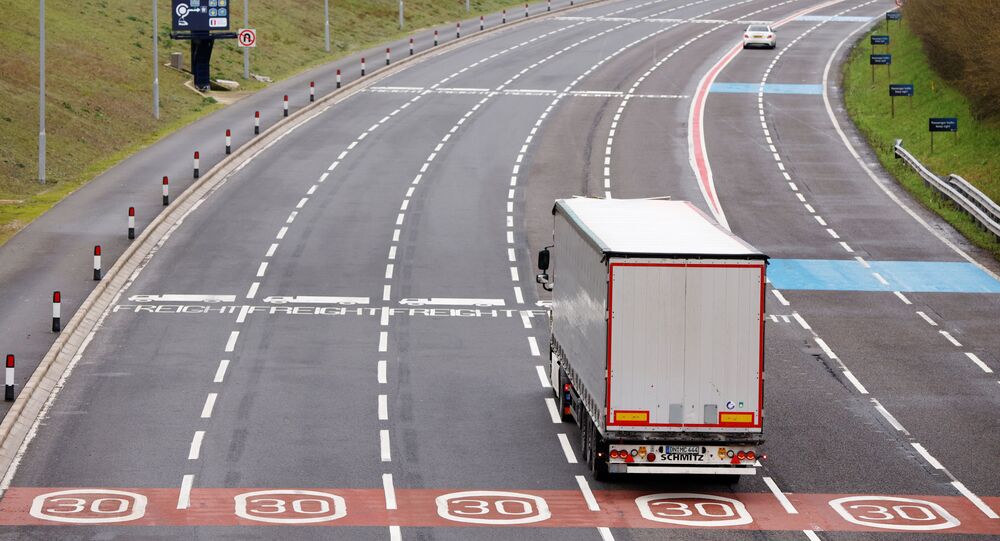 Dominic Raab, who also serves as deputy to PM Boris Johnson, stressed that ever-more business opportunities for exporters would come from developing and emerging economies outside the EU over the next decade.

Some small British firms have already announced that they will have to close due to duties and reams of export paperwork — which Prime Minister Boris Johnson assured would not be imposed under the post-Brexit trade deal he agreed with European Commission President Ursula von der Leyen at the last minute between Christmas and the New Year.

"We have always been clear that there are changes that come with exiting the transition period, and what we’re trying to do is support businesses as best we can to manage those,” Raab said.

“You can always take individual cases, and I know they matter, but overall we’re in an excellent position to grasp the opportunities of a global Britain," stressed Raab, who also serves as Johnson's deputy PM.

“I think if you take a 10-year view, as well as looking at the short-term risk, which is right to do, actually the growth opportunities in the future are going to come from emerging and developing economies around the world.”

© Sputnik / Vladimir Sergeyev
New Sanctions Against Russia to Likely Harm EU's Own Interests, Bloc's Lawmakers Say
The UK's trade with non-EU countries has been growing ten times faster than commerce with the bloc for more than a decade, and already accounts for more than half of exports.

Earlier this month the EU banned imports of unprocessed British shellfish, in apparent breach of the free trade agreement with the UK. That prompted one un-named government minister to accuse Brussels of "trying to punish us for daring to become a nation state" and vaccinating the UK population seven times faster than the EU can manage.

Brexit Concerns Surpass COVID For Younger Adults, Whilst 'Loneliness and Anxiety' Are On The Rise