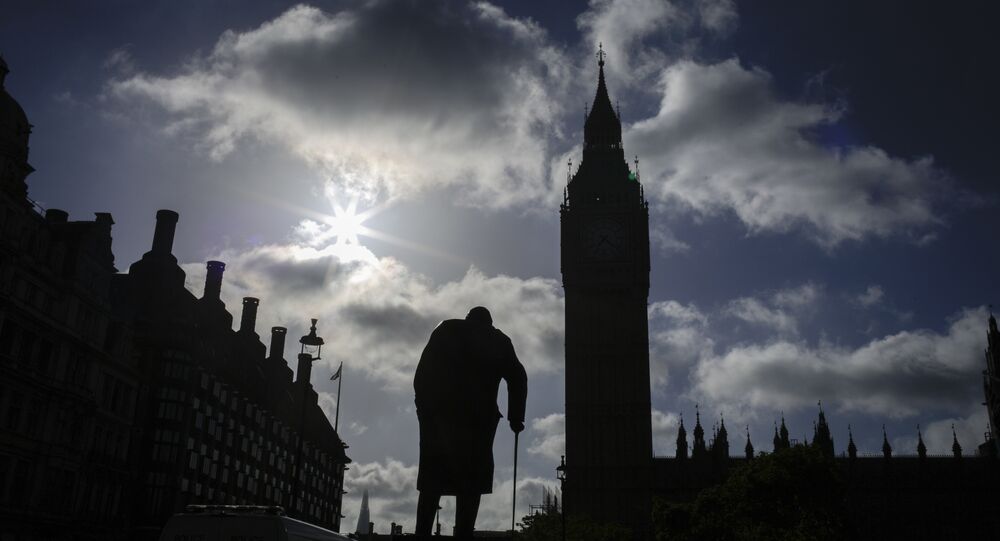 The scandalous academic already hit the headlines after comparing World War II-era Prime Minister Winston Churchill with Nazi leader Adolf Hitler and claimed that Britain, the country he has been living in, was "built on racism".

One of the most iconic figures of the Second World War, UK Prime Minister Winston Churchill, survived some harsh criticism during a scholarly debate, which ironically was based at an institution named after him - Churchill College at Cambridge. One of the academics who participated in the online debate, professor of black studies at Birmingham City University Kehinde Andrews suggested that the British prime minister was a "white supremacist", who profiteered from the "heavily skewed national story" of the UK, and criticised Britons for making him "a saintly figure beyond reproach".

The professor went on to belittle Churchill's input in fighting the Nazis during the Second World War, suggesting that he had little to no impact on its outcome since he wasn't the one doing the fighting on the front. Apparently, the scholar found that winning the Battle of Britain and bringing the US on board the anti-Hitler coalition, feats ascribed to Churchill, had little effect in terms of defeating the Nazis.

The Birmingham City University professor continued to denigrate the UK during the course of the debate by claiming that, in fact, the British Empire was "far worse than the Nazis". Andrews defended his statement by saying that the British Empire existed longer and had apparently killed more people than the Third Reich, who started a war that claimed the lives of tens of millions of people and launched a campaign of genocide against certain ethnicities.

The comments made during the debate at Churchill College could not avoid criticism by the former prime minister's grandson, Sir Nicholas Soames, who called them "terribly disappointing". Soames argued that while the critical study of history is important, "it is extraordinary that it should be seen in this way". At the same time, Soames suggested that his grandfather's image will survive "this sort of rant" with ease.

Churchill's grandson was not the only one to criticise Professor Andrews's controversial statements. Professor of sociology at Kent University, Frank Furedi, said in an interview with the Daily Mail that drawing parallels between the UK and the Nazis is hardly even worth noting as even all the bad the British Empire did throughout its history fades in comparison to the acts of the Third Reich.