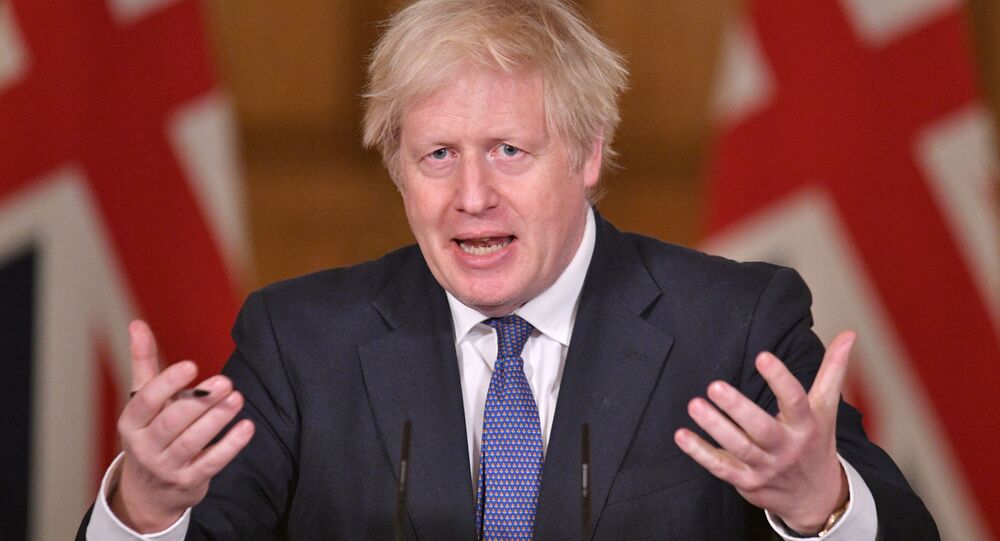 While the United Kingdom has comparable success in the rapid rate at which it has rolled out its vaccination programme and praised at an international level, the government remains wary about re-opening too quickly as new strains of coronavirus begin to emerge

Boris Johnson held a press conference about the state of the coronavirus pandemic alongside the government’s chief scientific adviser Sir Patrick Vallance at 10 Downing Street on Wednesday.

The Prime Minister announced that 13 million people living in the United Kingdom had been vaccinated and urged everyone in the vulnerable categories to get their jab as soon as possible.

​He stressed that the vaccines are safe and effective and highlighted the World Health Organisation (WHO) appraisal of the UK's strategy to target all over-65s for vaccination. Johnson added that the new longer 12-week interval between the two inoculation doses provides greater protection.

The PM added that "great strides" have been made in the UK's vaccine roll-out but "around two million people" in the most vulnerable groups have still to be reached.

He said that the reason for the urgency is not so the government can meet its 15 February quota, but to "save lives, prevent serious illness and so the whole country can take another step on the long and hard road back to normality."

Johnson said that everyone in the top nine priority groups could be vaccinated by the end of April.

This comes as scientific advisors to WHO recommended the widespread use of the Oxford/AstraZeneca Covid-19 vaccine for all adults.

The WHO said that the Oxford jab should be used across all adult age groups and lauded it as an "important milestone in extending access to the Oxford-AZ vaccine to all corners of the world."

Sir Patrick Vallance revealed a series of graphs that indicated positive coronavirus cases are "clearly coming down," despite still being above the first peak.

While he said this has translated into a reduction in deaths and attributed the success to the public following lockdown rules, the government "still has a long way to go."

In response to the first question relating to evidence of reduced infection rates in the top two priority groups amid vaccine success, Vallance said that it takes around "two or three weeks for the effects of the vaccine to be seen" and cautioned against looking too early.

He added that a reduction "in severe disease, in the deaths, and also in infection rates" should be observable "in the next couple of weeks."

"All of the numbers are trending in the right direction."

The next question was regarding the use of lateral flow testing to permit people to attend certain social events such as weddings and funerals.

"I'm a massive enthusiast for the advantages of lateral flow testing and daily testing is getting ever more sophisticated," Johnson said.

Sir Patrick said that the country should wait for "infection rates to go down before considering opening things up."

'Too Early' for Summer Holidays

Laura Kuenssberg of the BBC asked if members of the public should be booking summer holidays. This followed earlier comments by transport secretary Grant Shapps that there is no "exact date" on when holidays will be permitted.

The Prime Minister responded by saying it is "currently illegal to go on holiday" but said that the government is looking at data "every day" but it is currently "too early" to say for certain.

Patrick Vallance echoed Johnson's comments and urged for caution in opening things up.

BBCBusiness "RT @BBCNews: Should people be booking summer holidays or not? asks @bbclaurak

PM Boris Johnson says it’s “currently illegal to go on holiday” and that there will be “more clarity” in the roadmap on 22 Februaryhttps://t.co/nSIhEVypdW pic.twitter.com/7T6I4NJkZO"

After a separate question about the use of a potential "travel app" for use during the summer, Mr Johnson said that the government's "top priority is to drive forward the vaccination programme" and to "keep working down the age groups" before looking into other measures on how to re-open.

The Mirror asked the PM why he said he did "all he could" after the UK surpassed 100,000 deaths last month when new documents revealed that the Scientific Advisory Group for Emergency (SAGE) warned of a spike in winter infections last July but the government did not follow their advice.

Scientists told the government that reopening schools and universities would see a re-emergence of the virus in communities across the country, as ultimately took place.

Johnson responded by saying "as soon as we became aware of the new variant, we acted decisively," referring to the new fast-spreading coronavirus mutation discovered in December that led to renewed lockdown measures.

He said that the government received a variety of scientific advice from no lockdown to harsher measures and had to make "brutally difficult decisions."

The next question asked about the prime minister's earlier comments regarding the need for "booster jabs" in the autumn and if this means vaccine centres and some restrictions will have to stay "for some time."

"I certainly think we need to be getting ready for a world in which we do have booster jabs against new variants in the autumn" Mr Johnson said.

He added that these should be thought of as similar to an annual flu jab.

Wales is the first UK nation to vaccinate more than 20% of its population and is one of the first countries in the world to do so.

​The briefing comes as the UK has seen marked success in its vaccine administration strategy, having inoculated 19.39 per 100 people – the third highest in the world, behind Israel and the United Arab Emirates.