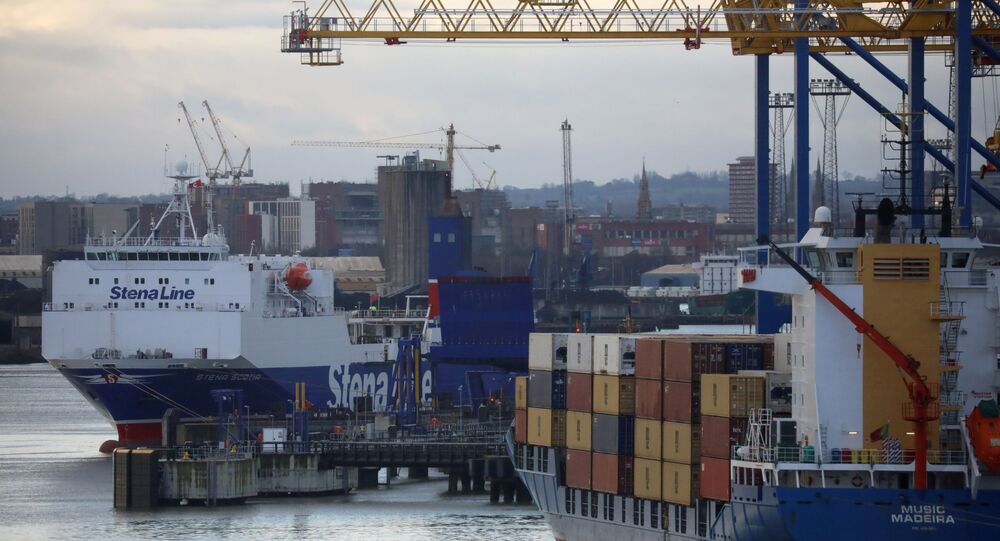 Recently, Cabinet Minister Michael Gove admitted that the Northern Ireland Protocol negotiated by Boris Johnson was “not working at the moment”.

“We said ad nauseam last year during the negotiations that we wanted ‘friendly cooperation between sovereign equals’ as our vision of the future. And that is still what we want. I don’t think that’s been quite the experience of last few weeks, if we are honest about it”, he admitted.

Lord Frost said he believed the EU is still adjusting to the existence of a "genuinely independent actor" nearby.

“None of those things are in themselves dramatic, although some have been very, very serious”, he said, talking about conflicts over vaccines, Northern Ireland, trade barriers, and diplomatic status. “I think it has been more than bumpy, to be honest, in the last six weeks. I think it's been problematic".

The UK completed its separation from the EU on 1 January 2021 after more than a four-year delay caused by negotiations on the post-Brexit trade agreement. Several complications followed that, however. Northern Ireland remaining part of the European single market and customs union under the so-called Northern Ireland Protocol established a de facto customs border between Great Britain and the region, requiring certain products from the rest of the UK to undergo checks upon arrival to comply with EU requirements on food and animals. The UK region has already experienced delays in shipping and shortages in supermarkets.

In another development, the European Union recently briefly activated Article 16 to bar coronavirus vaccines from entering the UK, amid shortages on the continent. This triggered a massive scandal, forcing European Commission President Ursula von der Leyen to announce a U-turn in the wake of a telephone conversation with UK Prime Minister Boris Johnson.

“I hope we’ll get over this. It is going to require a different spirit, probably, from the EU but I’m sure we are going to see that and see some of this subside as we go forward”, Lord Frost said.

Minister for the Cabinet Office Michael Gove on Monday criticised the European Union for putting "an integrationist theology ahead of the interests of the people of Northern Ireland", warning that unilaterally suspending aspects of the Brexit deal has consequences on the ground.