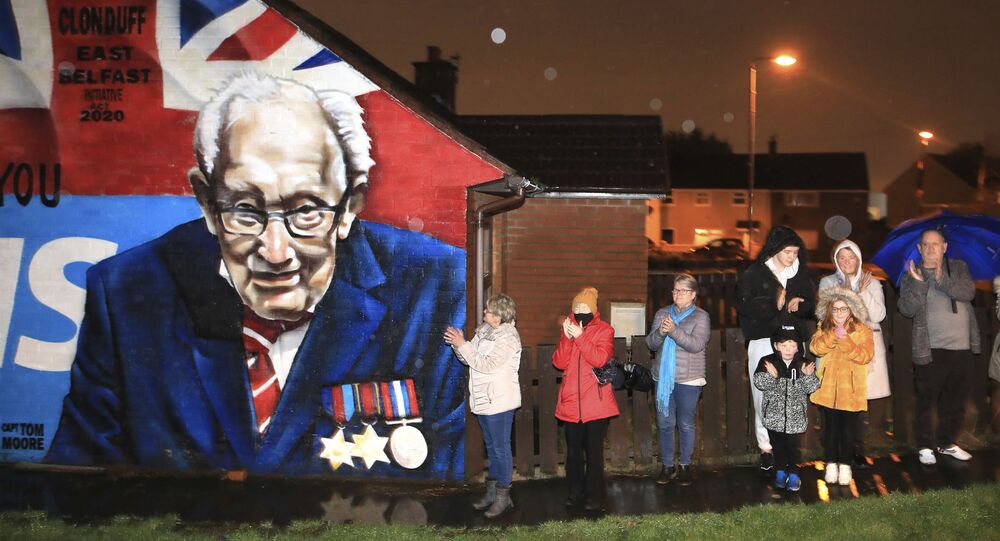 Captain Tom Moore became a national hero last year after helping to raise over £30 million for the National Health Service. The 100-year old veteran passed away last week after contracting pneumonia and COVID-19.

Police in Scotland have been roundly criticised after announcing that a man, identified as Joseph Kelly, was charged for tweeting an offensive post about the late Captain Sir Tom Moore.

​After the veteran passed away last Tuesday, Kelly wrote, "The only good Brit soldier is a deed one, burn auld fella, buuuuurn", causing outrage. He will now face communications offences at Lanark Sheriff Court.

​Lanarkshire police said on Monday that the tweet about the 100-year-old war hero was reported to them and a man from Lanarkshire had been arrested.

On Friday, 5 February, we received a report of an offensive tweet about Captain Sir Tom Moore who died on Tuesday, 2 February.

A 35-year-old man has been charged in connection with communication offences and is due to appear at Lanark Sheriff Court on Wednesday, 17 February. pic.twitter.com/K7c5cL4gJT

​The tweet was immediately met with anger by netizens.

This sub human scum thinks it's ok to ridicule Sir Tom Moore, A 100 year old British Army veteran who raised an astonishing 32 million pounds for the NHS, and hopes he burns, after Sir Tom died of Covid19.

Thanks for reminding us of the true face of Celtic and SNP fans. #Rhat pic.twitter.com/6XaQU7sRzk

Musician and free speech advocate Laurence Fox replied saying that "police should be free to do their jobs, which is investigate actual crime, not arresting idiots who tweet idiotic things".

The police should be free to do their jobs, which is investigate *actual* crime, not arresting idiots who tweet idiotic things.

Freedom of speech is the cornerstone of any open society.

Protect it, even if you don’t like or agree with it. https://t.co/WD72kScEEr pic.twitter.com/MXo8rlKhaW

​Others called the move a "waste of resources".

​Some asked if this meant all the "real crime" had been solved in Lanarkshire.

Congratulations! You solved all the real crime in Lanarkshire leaving you free to spend time on this! You're the best!!

​​The move was defended by some, however, claiming that "hate speech" is a criminal act.

Hate speech is an offence though

​Moore, who raised millions for the National Health Service when the first national lockdown was introduced to help fight the coronavirus pandemic, died in hospital after testing positive for the disease last Tuesday.