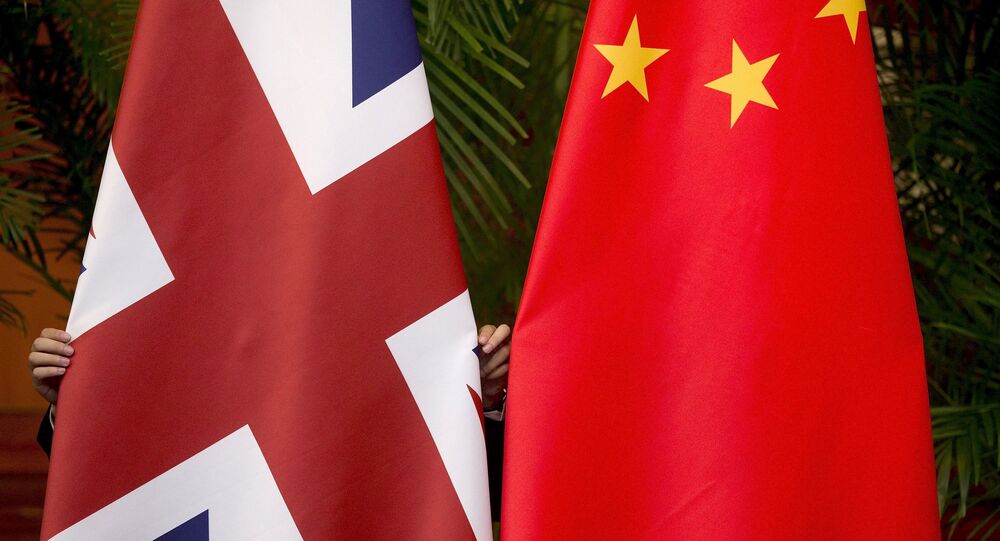 In 2018, the Chinese government bought the historic Royal Mint Court for £255 million so it could build a new embassy, which is expected to be the largest in the world.

Boris Johnson’s close aide and ally Lord Udny-Lister is facing scrutiny over calls to investigate his alleged role in helping the UK government to “broker” China’s purchase of the new embassy near the Tower of London, after The Sunday Times revealed a potential conflict of interest involved in the deal.

The prime minister’s chief strategy adviser – who received a Conservative life peerage last year and was previously referred to as Sir Edward Lister – was appointed by then-Foreign Secretary Johnson to lead talks on the £255-million purchase that took place between 2017-2018.

However, The Sunday Times says that at the time Lord Udny-Lister also held paid positions at “the property firm representing Beijing and the developer that sold the site.”

The lord worked as a paid consultant for CBRE – the American estate agency that helped China to find and buy the site – and as a paid advisor to British property firm Delancey, which owned the Royal Mint Court.

However, CBRE’s spokesperson told the MailOnline that “Sir Edward Lister did not have any involvement with CBRE on the Royal Mint Court transaction.”

“He was employed as consultant with CBRE between October 2016 and December 2017,” the real estate giant said in a statement.

Delancey also explained to The Sunday Times that Lord Lister was not involved in negotiations.

The Downing Street source insisted to the paper that the official’s work was “in line with the Cabinet Office's code of conduct for board members.”

But not everyone is convinced, with ex-Chairman of the Committee on Standards in Public Life Sir Alistair Graham calling on the UK Foreign Office “to investigate whether he [Lord Lister] satisfied the seven principles of public life.”

Lord Lister is yet to comment on the development.

Royal Mint Court & the Chinese Embassy move
Public consultation starts next week
This may well be one of the most complex planning applications in TH history even if you ignore the political issues
It is a huge site, next to the Tower of London
Parts are Grade II listed
1/ pic.twitter.com/mh8LWOb67f

The Chinese embassy bought the pricy site in 2018 from Delancey, which ten years prior acquired it from the Queen’s public estate for £51 million. The building, constructed in 1809, was once home to the Royal Mint. There is also one more distinguishing feature about the location – the building sits on the foundations of St Mary Graces Abbey where hundreds or even thousands of people were buried during the Black Death in the 14th century.

Archaeologists and city councillors now fear that the Chinese Embassy project will unearth these bodies and damage the building’s foundation.