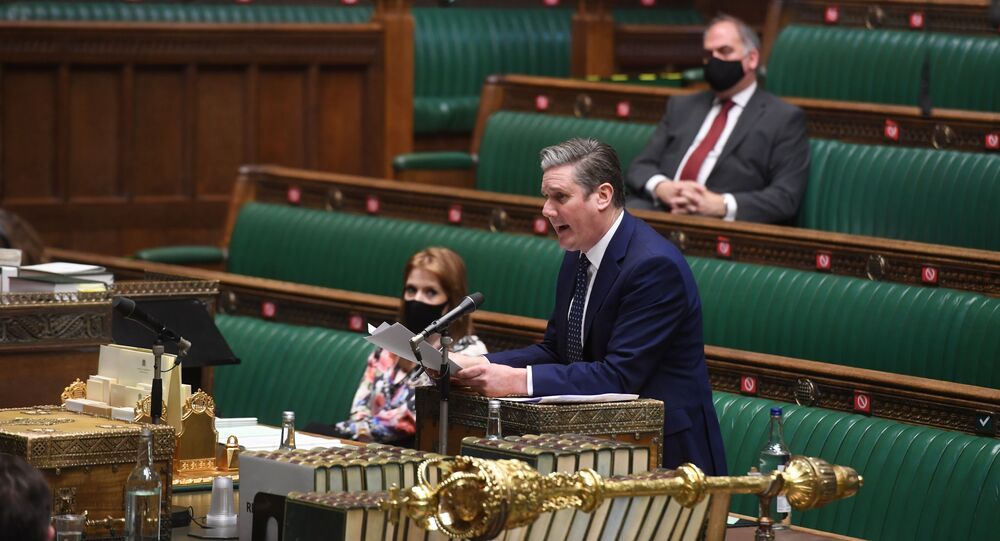 While speaking to Gibson Dunn lawyers last summer, House of Lords member Charles Leslie Falconer appeared to praise the COVID crisis over opportunities it had created – his comments resurfaced this week, raising eyebrows about Labour's approach to the pandemic.

“It was a very poor choice of words. I have spoken to Charlie this morning and he's very very sorry and apologises for what he said,” Miliband explained after a recording of the shadow attorney general’s remark was unveiled by the Mail on Sunday.

In the audio clip, Labour's Lord Falconer is heard telling a group of lawyers that “the law keeps on changing, keeps on getting more complicated, and is always interesting [during the pandemic].”

According to the Mail, the webinar in question took place on 29 June when the UK had already earned its place as the country most severely affected by the coronavirus in the European region.

"I know Charlie very well and Charlie thinks the country has been through a terrible terrible trauma and this in no way reflects his view about the Covid crisis.”

Miliband maintained that his Labour colleague should not have made the comments but still defended him:

An unnamed participant of the Gibson Dunn webinar adopted the same stance, telling the media outlet that "Lord Falconer's comments to a group of legal advisers were solely about it being an interesting time to study the law."

But the Tories have called Falconer's remark “troubling” and proof that Labour's and its leader Keir Starmer's approach to the pandemic is flawed.

“All of this sums up Labour's approach throughout the pandemic, which has been to play politics at every opportunity,” Milling concluded.

By 29 June, the UK had recorded over 41,000 coronavirus-related deaths  – that number that has now risen nearly threefold.