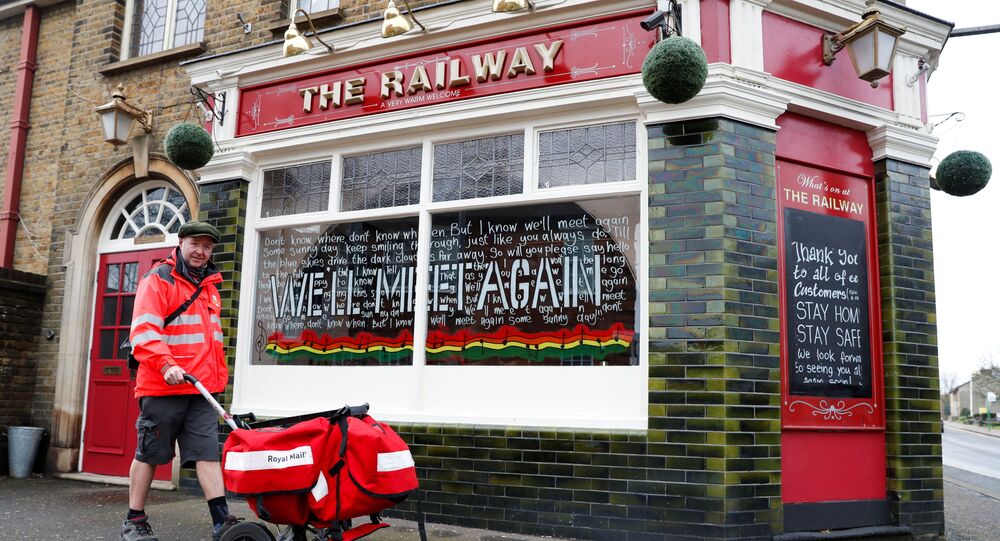 The 10 p.m. limit on pub opening times — unpopular with landlords, patrons and local politicians — and the requirement for customers to order a "substantial meal" if they want a drink could be dropped when the British government lifts the third lockdown in the spring, reports say.

Government insiders have scotched rumours that British bars will be banned from selling booze when the third COVID-19 lockdown is lifted.

Speculation is swirling around the possible contents of Prime Minister Boris Johnson’s February 22 “roadmap” speech on lifting the lockdown. One rumour was that pubs would be allowed to open in April, but not allowed to serve alcohol in a bid to stop tipsy patrons forgetting social distancing rules.

“We are not going to open pubs that can't sell booze. What would be the point of that?” a senior government source told the MailOnline.

Some reports also said there would be no return to the early 10 p.m. closing time imposed last September as part of "tiered" local alert levels, and that the "Scotch egg" rule — that customers have to order a "substantial meal" if they want to have alcoholic drinks — would also be dropped.

The curfew drew fire from mayors of several British cities, both for its impact on businesses and because rowdy revellers simply bought booze from nearby shops to keep on partying in the streets.

© REUTERS / Hannah McKay/File Photo
COVID-19 Pandemic Forces 10,000 UK Pubs, Restaurants to Close for Good in 2020, Report Suggests
Environment Secretary George Eustice confirmed in November that the unpopular British delicacy of a boiled egg wrapped in sausage meat and fried in breadcrumbs qualified as a "substantial meal" if served at a table, prompting a tenfold increase in demand.

Pubs and restaurants in Scotland — the home of whisky, but ironically not Scotch eggs  — were banned from serving alcohol and ordered close at 6 p.m. by Scottish First Minister Nicola Sturgeon last October.

The UK has surged ahead with its coronavirus vaccination programme since December, with almost 11 million of its 67 million population receiving at least one dose as of Thursday — just half a million short of the European Union, with its 450 million inhabitants.

But that has strengthened demands on the Conservative Party government from its own MPs for an early end to the lockdown.