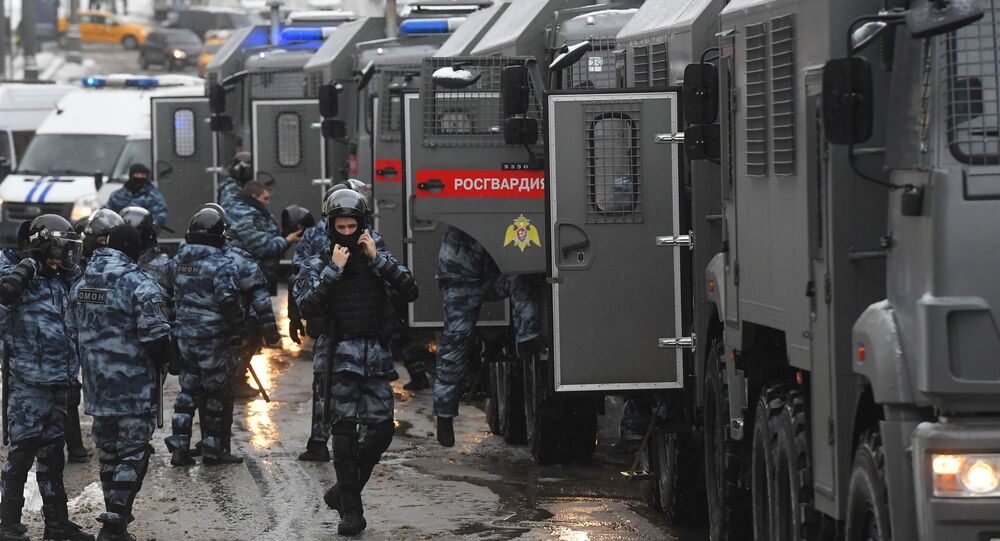 The German, Polish and Swedish diplomats were ordered home after they attended two separate rallies in support of Russian blogger Alexei Navalny — who was jailed this week for two-and-a-half years — in Moscow and St Petersburg last month.

Raab dubbed Moscow's expulsion of the German, Polish and Swedish staff a "crude attempt" to distract from what he claimed was the targeting of opposition activists.

"The expulsion of German, Polish and Swedish diplomats from Russia for simply doing their jobs is a crude attempt to distract from Russia's targeting of opposition leaders, protesters and journalists," Raab tweeted on Friday.

​The three diplomats were given their marching orders after they joined in separate unauthorised demonstrations last month in support of for blogger and government critic Alexei Navalny, who was jailed earlier this week for two years and eight months for breaching the terms of the suspended sentence for a previous conviction. The Swedish and Polish diplomats went to an event in St Petersburg, while the German attended one in Moscow.

© Sputnik / Kirill Kallinikov
Russia Slams Council of Europe's 'Weak' Stance on Latvia’s Media Crackdown
Navalny was was hospitalised last year, in what he and German doctors claimed was an attempted poisoning with a form of nerve toxin while on an internal flight From Tomsk to Moscow. In an interview with German newspaper Der Spiegel after authorities allowed his transfer to a Berlin hospital, Navalny claimed Russian President Vladimir Putin was "behind" the incident.

Raab's support for Britain's "friends" in the European Union was a rare moment of unity following the past fortnights' battles between London and Brussels over supplies of coronavirus vaccines and customs checks on goods moving between mainland Britain and Northern Ireland.