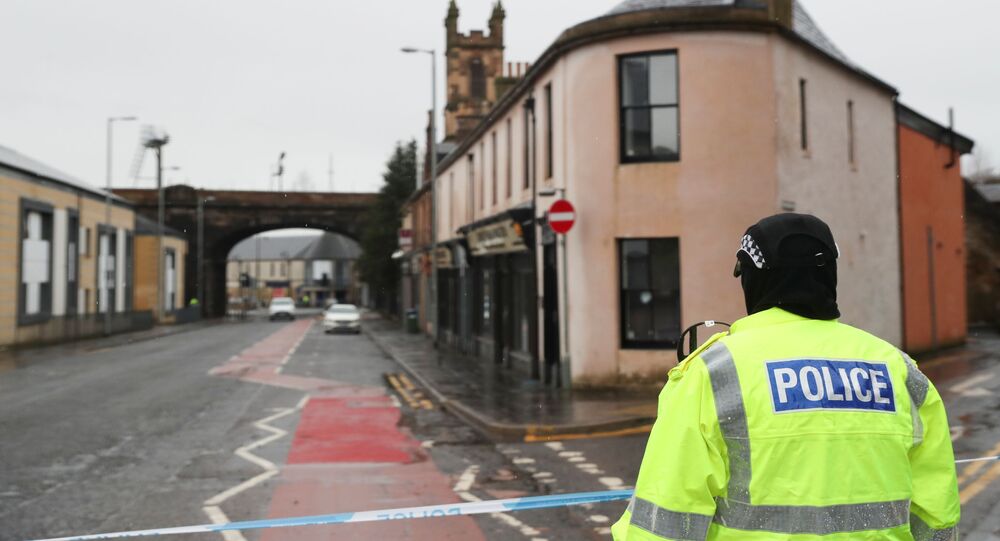 The police said they've launched an investigation to determine the exact circumstances of what happened, but are not looking for anyone else as part of their probe.

Three people were killed in Kilmarnock, a burgh in Scotland's East Ayrshire, in a series of related incidents on Thursday evening, Police Scotland announced in a statement.

At around 7:45 p.m. a 39-year-old woman was badly wounded outside the Crosshouse Hospital. The medics, dispatched to the scene, could not save the victim, the police say.

Just twenty minutes later, a 24-year-old woman sustained knife injuries and was taken to the hospital were she passed away.

The two tragedies were followed by a road crash that killed a 40-year-old male driver.

© REUTERS / RUSSELL CHEYNE
People wearing protective suits are seen outside Crosshouse Hospital as it is put under lockdown while police deal with what they say are three potentially linked serious incidents in Kilmarnock, Scotland, Britain, February 5, 2021.

The police said that the incidents were not terror-related and there was "no cause for concern for the wider community", but did not specifically state whether the perpetrator had been caught or whether the driver of the vehicle was responsible for the two previous stabbings.

​Scotland's First Minister Nicola Sturgeon expressed her condolences on Twitter and asked the population to follow the police advice.