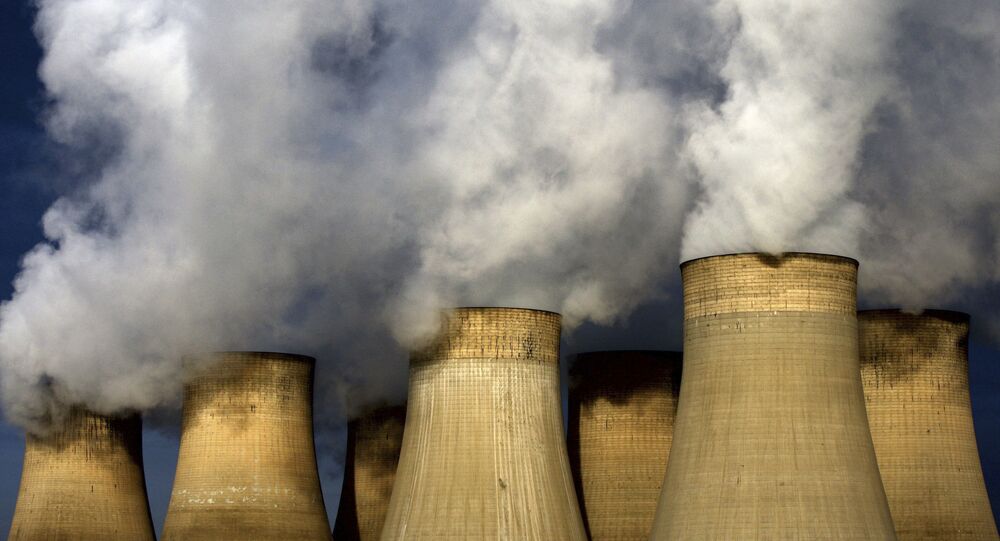 UK Faces Criticism Over Support for Coal Mine Project Ahead of Climate Summit, Reports Suggest

LONDON (Sputnik) – The UK government is facing mounting criticism from environment activists and humanitarian charities for supporting a new coal mine project in Cumbria, northwest England, as it prepares to host the upcoming UN Climate Change Conference in November, The Independent reported on Friday.

The newspaper claimed to have seen a letter signed by 81 people, including representatives of Oxfam, Save the Children, the New Economics Foundation, Friends of the Earth, the Wildlife Trusts, Greenpeace, and Christian Aid in which they warned Prime Minister Boris Johnson that the UK's credibility is at stake ahead of the COP26, and considered it "mystifying" that the government is not intervening to stop the project.

The signatories also reminded Johnson that in 2017 the UK co-founded the Power Past Coal Alliance, a group of 104 countries, cities, regions, and organisations aiming to accelerate the phase-out of fossil-fuel and coal-fired power stations and switch to clean energy.

The Guardian also reported that "developing country experts, scientists, green campaigners, and government advisers are increasingly concerned about the seeming contradiction of ministers backing the new mine".

The paper quoted Mohamed Adow, director of the think tank Power Shift Africa and recent winner of the prestigious 3 million Climate Breakthrough Award, as saying that "it's bizarre and shocking", while the director of the International Centre for Climate Change and Development in Bangladesh, Saleemul Huq, said that the UK's rhetoric loses credibility when a coal mine is approved.

US climate scientist James Hansen has also warned Johnson that his government's decision not to block plans for the new Cumbria coal mine means the UK risks "humiliation" as the host of COP26.

"In leading the [climate conference], you have a chance to change the course of our climate trajectory, earning the UK and yourself historic accolades, or you can stick with business-almost-as-usual and be vilified around the world", NASA's former leading global warming researcher wrote in a letter quoted by the BBC.

The UK government has claimed that approval for the mine that will produce coking coal for steelmaking and other industrial processes is a local matter that has to be decided by the Cumbrian council.