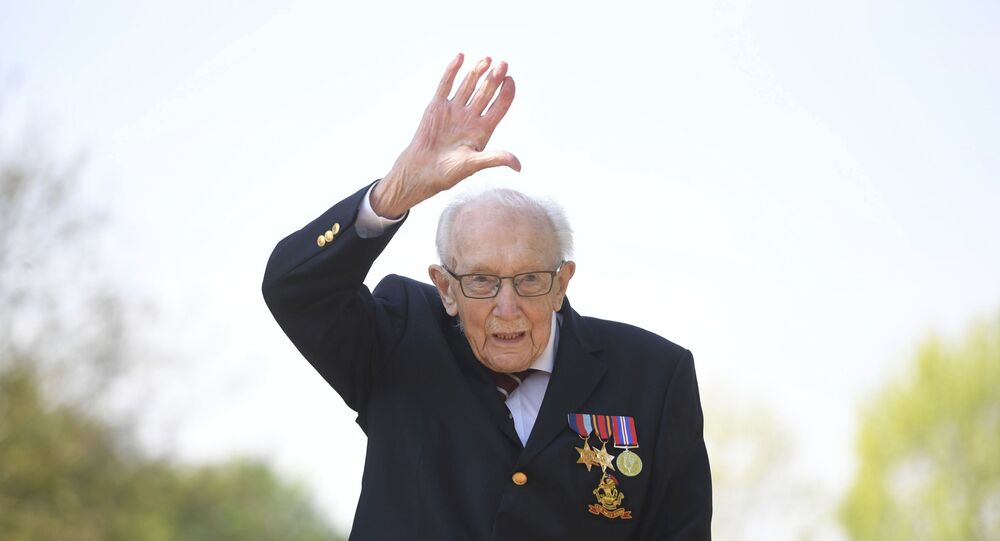 MOSCOW (Sputnik) - UK Prime Minister Boris Johnson on Wednesday called on everyone to join today's national clap for late Tom Moore, a renowned fundraiser and WW2 veteran, fondly known as Captain Tom, who passed away this week after testing positive for the coronavirus disease.

Earlier in the day, Speaker of the House of Commons Lindsay Hoyle called for a minute's silence in memory of Captain Tom and all those who have died throughout the pandemic before the parliamentary session began. During the questions to the prime minister, Johnson praised the late veteran for serving his country and other people, adding that "his was a long life lived well."

"He inspired the very best in us all and his legacy will continue to do so for generations to come … We all now all have the opportunity to show our appreciation for him and all that he stood for and believed in. That's why I encourage everyone to join in a national clap for Captain Tom and all those health workers for whom he raised money, at 18:00 this evening," Johnson said.

The war veteran took the record for the most money raised by an individual through a charity walk, having collected over $35.2 million for the NHS by completing 100 laps around his garden using his walking frame.

Moore was also recognized as the oldest person to top one of the UK's main music charts for his appearance with singer Michael Ball on a cover of "You'll Never Walk Alone," which was also a fundraiser for the National Health Service.

The practice of national clap started in 2020 during the pandemic as a way to show appreciation for the frontline healthcare workers.