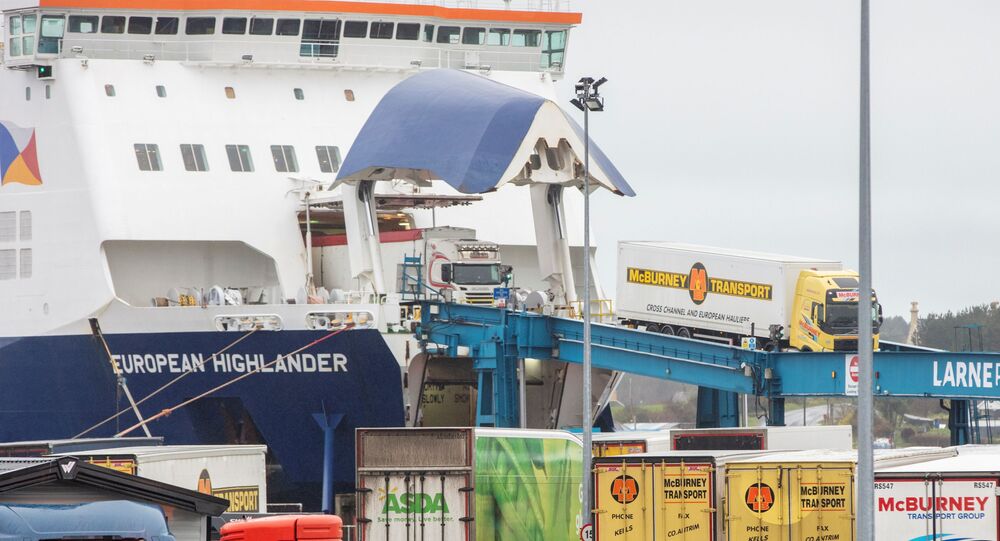 Cabinet Office Minister Michael Gove previously stated on Tuesday that the government wished to extend the exemption period established by the UK and EU for certain aspects of trade with Northern Ireland.

The UK government will move to invoke Article 16 of the Northern Irish Protocol if such a necessity arises, Prime Minister Boris Johnson told parliament on Wednesday.

"We will do everything we need to do, whether legislatively or indeed by invoking Article 16 of the Protocol to ensure that there is no barrier down the Irish Sea", he told parliament.

Either side of the Northern Irish Protocol, which stipulates the region continuing to operate under EU customs regulations, is entitled to invoke Article 16. The latter allows for certain operations deemed as causing “economic, societal, or environmental difficulties” to be suspended.

Boris Johnson earlier in the day held a phone conversation with Northern Ireland's First Minister Arlene Foster, telling her the EU needs to take urgent steps to smooth the implementation of the post-Brexit trade arrangements for the devolved region.

"The prime minister said that we needed urgent action from the EU to resolve outstanding problems with protocol implementation, so as to preserve the gains of the Belfast Good Friday Agreement and to ensure that Northern Ireland benefits in full from the UK’s exit from the EU", a spokesperson for the UK prime minister said in a statement.

The UK government earlier sent a letter to the European Commission calling to prolong the "grace period" on checks for goods crossing between Northern Ireland and the rest of the UK, the BBC reported, citing an obtained copy of the written request.

According to the letter, the government hopes that the exemptions related to supermarket goods, pharmaceuticals, chilled meats, and parcels will remain in place until early 2023.

Later in the day, UK Cabinet Office Minister Michael Gove is expected to meet with European Commission Vice President Maros Sefcovic to discuss the trade flow issues between Northern Ireland and the rest of the UK.

The protocol, which essentially established a de facto customs border between Britain and the devolved UK region, requires certain products coming to Northern Ireland from the rest of the UK to undergo checks upon arrival to comply with EU requirements on food and animals. However, the UK and the EU agreed on a so-called "grace period" of less strict checks that are expected to remain in place until April, so as to let British businesses adapt to the new arrangement.

However, the checks, in place since 1 January, have already caused delays in shipping and shortages at supermarkets.

Recently, Northern Ireland’s Department of Agriculture, Environment and Rural Affairs announced the suspension of physical inspections of products of animal origin at the ports of Larne and Belfast following reports of threats against the staff.