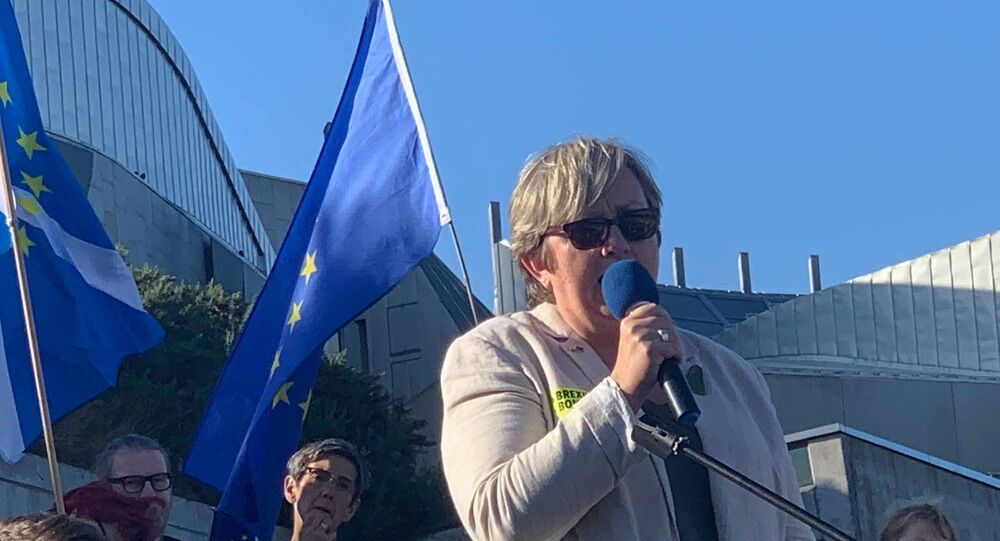 The Scottish National Party has been mired in splits and controversy in recent weeks over accusations against the leadership that it had not been effective in combatting anti-transgender sentiment among top politicians.

Cherry, who represents the Edinburgh South West constituency and served as her party's justice spokeswoman, announced that she had been removed in a post on Twitter where she pledged to continue working for her constituents who gave her "a resounding mandate in recent [national executive committee] elections".

She added that Westminster "is increasingly irrelevant to Scotland's constitutional future" and urged the SNP to rethink their policy radically.

Westminster is increasingly irrelevant to Scotland's constitutional future and @theSNP would do well to radically re-think our strategy.

​Though the SNP has not explained why Cherry was sacked, it comes as other ruptures have emerged within the party relating to trans rights.

A row between Cherry, who is openly a lesbian, and Out for Independence, the SNP's LGBT+ wing, soon broke out as the organisation challenged “the support given to Sarah Phillimore today by an SNP MP” and Cherry accused the group of defamation.

This culminated in First Minister Nicola Sturgeon intervening in the clash last week saying that the party has "zero tolerance" for transphobia after a number of young members left claiming that the leadership had failed to tackle anti-trans sentiment.

Joanna, what are your thoughts on the following tweets from Sarah Phillimore?
Comparing Jewish people to dogs, threatening to burn down a synagogue, suggesting Jewish people lacked "common sense"to leave Nazi Germany & comparing trans people to the Holocaust.
Is this acceptable? pic.twitter.com/6asZRN0z0I

​Cherry's role will be taken up by Anne McLaughlin. SNP MP for Glasgow North East and the former spokeswomen for women and equalities.

Stuart McDonald, MP for Cumbernauld, Kilsyth and Kirkintilloch East, will take up the position of home affairs.

SNP Westminster leader Ian Blackford welcomed the four new members to the front bench as it was announced.

"Team working and cooperation are key to ensure results and this reshuffle will give us a strong team to take us forward."

Salmond is at present in a dispute with Sturgeon over the Scottish Government's alleged mishandling of sexual misconduct accusations made against him, of which he was later acquitted.