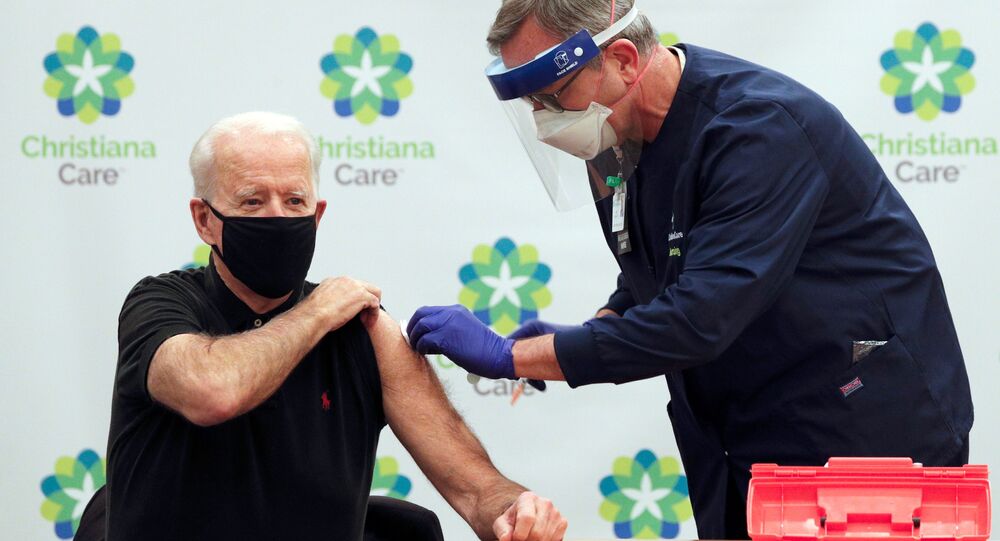 As the United States recorded over 439,000 deaths and 26.1 million total reported cases, Washington has made vaccinating the most vulnerable people a top priority.

A top Biden transition team adviser on the coronavirus said on Sunday that the United States must “call an audible" over the distribution of the COVID-19 vaccine distribution, warning that a new spike in cases as a result of the fast-spreading "British" variant is likely in the next few months.

Speaking to NBC's "Meet the Press," Michael Osterholm was asked by host Chuck Todd if it's necessary for Washington to drop its current administration plan and replace it with a new strategy.

​“Well first of all, let me just say that I have been one of those saying that we need to make sure that we have both first and second doses of that and follow the FDA approval process, but let me say right now we do have to call an audible,” said Osterholm.

Osterholm, who is an epidemiologist, added that the new UK variant will lead to a rise of cases over the next “six to 14 weeks."

“And if we see that happen, which my 45 years in the trenches tell us we will, we are going to see something like we have not seen yet in this country,” Osterholm said.

He stressed it remains essential for people to receive the two doses currently available in the US but said as many vulnerable people as possible should receive at least one dose prior to a new potential surge.

In a response to Todd asking if he was worried about homegrown mutations emerging in the near future, Osterholm said he his "very concerned" but added that "the good news is that I actually see action being taken with this new administration, unlike we've seen before."

"And so there really are efforts right now to in fact get us that kind of surveillance system in place as quickly as possible. And frankly we need the Congress to pass the president's relief act, because that'll help us also do more of this kind of work," he added.

​Last week, President Joe Biden described the US vaccine rollout as a "dismal failure" and warned that the coronavirus pandemic is likely to get worse before it gets better.

Biden signed 10 executive orders on Thursday aimed at accelerate testing, dealing with vaccine shortages, and encouraging mask-wearing across the country.

As of 30 January, the United States vaccinated 29.5 million people – 8.9% of its total population.