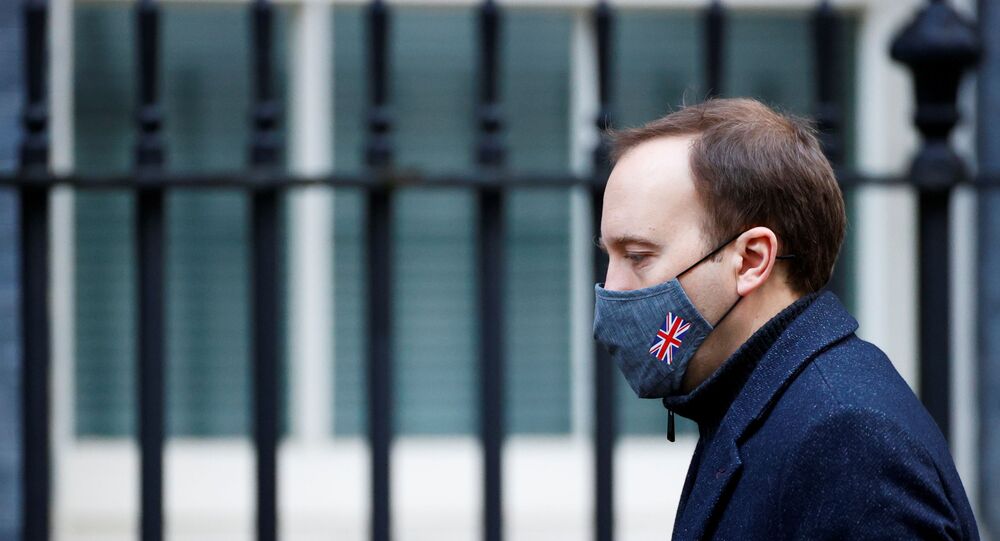 The United Kingdom is currently in its third national lockdown following the discovery of a new fast-spreading variant of coronavirus in December. Westminster has recently been looking into initiating a slow easing of restrictions to allow children to return to schools.

The UK could be facing “a happy and free great British summer” if the nation's vaccination programme is successful, Health Secretary Matt Hancock said in an interview with the BBC on Sunday.

He warned that Brits will be facing a “tough few months” between now and the summer and that social distancing restrictions will likely remain in place for some time.

“In six months we’ll be in the middle, I hope, of a happy and free Great British summer," he said.

“I have a high degree of confidence that by then the vast majority of adults will have been vaccinated – and that’s not just the clinically vulnerable groups, but all groups."

​The comments follow International Trade Secretary Liz Truss' statement on the same day that it would be “very dangerous” to make promises about summer holidays, in reference to restrictions on international travel likely remaining in place for the foreseeable future. She said the re-opening of schools should be prioritised.

“I think it would be very dangerous for a government minister to go on your show making promises about people’s summer holidays," she stated.

Public Health England (PHE) Coronavirus Strategy Chief Dr Susan Hopkins also said on Sunday that lockdown measures should be reduced gradually so "we can clamp down quite fast" if a sudden spike in cases occurs.

"We have learnt, as we did on the first occasion, we have to relax things really quite slowly, so that if cases start to increase we can clamp down quite fast," Dr Hopkins told the BBC's Andrew Marr Show.

​"Any releases that we have will have to happen very slowly, very cautiously, watching and waiting as we go, with a two-week period to watch and see the impact of that relaxation because it takes that to see what's happening in the population."

"We might have to bring in a few [measures] in the next winter for example, that's possible, because winter will benefit the virus," he said.

The government is set to publish its plan for relaxing England's third national next month, with 8 March cited by the prime minister as the "earliest" date for the first relaxation, with wider the reopening of schools.

The UK's vaccination plan is currently being rolled out faster than European countries, with around 1 percent of the population being inoculated every day. Roughly 13.4 percent of the UK has already receiving the first jab.