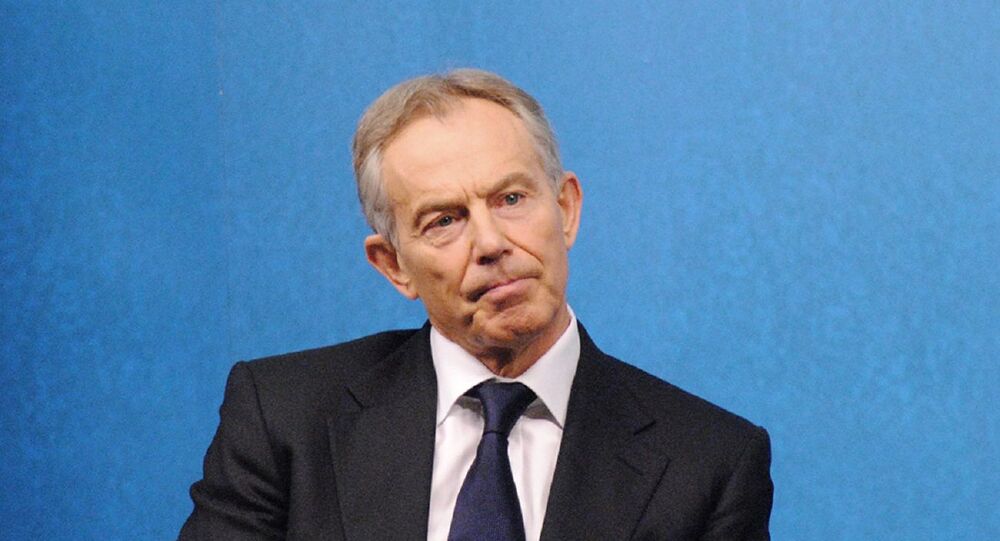 London and Brussels have been locked in a dispute over the distribution of the AstraZeneca-Oxford vaccine, as Britain has been ramping up its inoculation programme, while many EU countries are behind the UK when it comes to the anti-COVID vaccine rollout.

The former Prime Minister of the United Kingdom told Sky's Sophy Ridge that it was “foolish” for the European Union to briefly override the Brexit deal by triggering Article 16 of the Northern Ireland Protocol.

“It was a very foolish thing to do and fortunately they withdrew it very quickly,” Blair said. "I was somebody who negotiated the Good Friday Agreement, it's brought peace to the island of Ireland and it is absolutely vital that we protect it and that's why what the European Commission did was unacceptable but, as you say, fortunately they withdrew it very quickly," the former Labour leader said.

A scandal over vaccines broke out on Friday after Brussels said it would trigger Article 16 of the Northern Ireland Protocol to the Brexit Withdrawal Agreement, creating a hard border on the island of Ireland and taking other measures to stop supplies of the Pfizer vaccine from reaching Britain. The move came 29 days after the UK and EU reached the post-Brexit trade deal.

UK Prime Minister Boris Johnson conveyed an emergency meeting shortly after to decide on the UK's response and called on the European Commission President to set out his demands and warn that such actions could threaten the Irish peace process.

Hours later, the EU said it was "not triggering the safeguard clause," adding that it had been an "oversight". Von der Leyen tweeted that "there should not be restrictions on the export of vaccines by companies where they are fulfilling contractual responsibilities".

​Cabinet Office Minister Michael Gove said later that both sides agreed on the need for a 'reset', adding that the EU recognised it had 'made a mistake'. The EU’s move was slammed by Northern Ireland's First Minister Arlene Foster, who said that the bloc’s actions were an 'incredible act of hostility'. The World Health Organisation also said the ban was a 'very worrying trend'.